The Col Presents: THE LAST WORD on Tom O'Neill's CHAOS

In 1992 a hoax was published, THE DIARY OF JACK THE RIPPER, in which the forever unknown killer was alleged to have been the husband of  a 1880s woman poisoner.  It was nonsense, attempting to link two separate but famous murders of the time, akin to alleging that Richard Speck was the Zodiac. 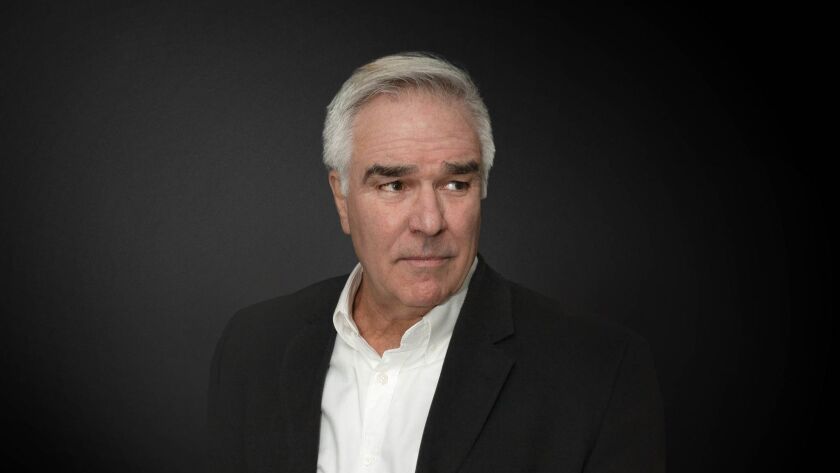 Longtime Manson Researchers no doubt have seen Maury Terry's THE ULTIMATE EVIL on the fifty cent rack during a library sale.  Written in 1987 it is one long series of conspiracies that essentially allege satanists all over the United States getting together and killing randos because reasons.  The Son of Sam?  Charles Manson?  CIA?  Mind Control?  Sure why not.

It is a supremely silly book.


In 2003 a sad, deranged individual named Steven Hodel published a book called BLACK DAHLIA AVENGER where he tries to work his Daddy issues out by blaming his deceased father (of course) for a string on unsolved woman murders in LA in the 1940s.  Since idiots listened to him he has published multiple subsequent books in which he alleges Daddy was The Lipstick Killer and The Zodiac and who knows who else, maybe he killed Hoffa too.


The above trend shows you that the True Crime arena is sloppy, lazy and filled with people alleging absolute bullshit without any proof- oh, as long as the people being talked about are dead.

On February 4, 2019 I reviewed on this illustrious blog the first section of CHAOS by Tom O'Neill.  In that review I noted my history with Mr. Tom and provided evidence that he was a dick  I also pointed out that the book was, as far as that section was concerned, filled with lies and incorrect statements.  I offered to help review the rest of the manuscript and took the liberty of offering the assistance of you all (blog readers) to try to get things right.  Tom of course refused.

The book came out, sold a few copies and has vanished.  No serious researcher will ever consult it.

Tom as a "journalist" (his jacket blurb lists only magazine writing credits for mags that have been shut for over a decade) is of the slimy type who works like this- "Answer my question".  "No comment." " Well if you don't answer my question (which you have every right not to do) I have to conclude you have something bad to hide"  He states several times that he tried to get a hold of celebrities and others who did not want to speak with him, then implies that they are guilty of some unexplained shit.

But once the finished volume came out the whole thing turned into the ramblings of a deranged fan.  In fact much of it reads as bad fan fiction, if you were a fan of shitty sixties spy novels.

A good portion of the book is all about how hard it was for Tom to write the book.  They advertised that it was 20 YEARS!! in the making as if that was a good thing.  It took 20 years because he waited for people to die so he could accuse them of things.

For example- BUG was a punk.  My hatred for BUG was public on the ONLY Official TLB Blog while Bug was alive.  I had clear reasons- he made up the motive that has confused this case for 50 years.  He lied under oath,.  He stalked his milkman.  He beat his mistress.  You do not usually get an actual crazy person in charge of a major prosecution but then we haven't had an actual crazy President before now.

But you have to remember Tom is an angry, credulous child.  He befriends BUG to get background for his book.  BUG wants to control the narrative (shocking!).  He and BUG fight.  He gets a hold of some documents (not reprinted in any format) and alleges BUG committed perjury.  BUG threatens him.  O'Neill is freaked out.

What the hell did he think was going to happen?

I focused on this section (the rest gets worse) because back when I liked the guy (pre his TV interviews about Charlie's Karate School Inc) I knew he had met with Terry Melcher and gotten some hot information from him.  It was a secret rendezvous on a rooftop.  This was over 15 years ago and conveniently Melcher is dead now.

The big reveal is that Melcher probably hung out at the Ranch again at least once after the murders. OO-EE-OO.  BUG hid that from the defense. If it had ever come out....what?  I mean Crazy Tom basically says that this BOMBSHELL would lead to the killers being released.  Uh huh.

So this is not useful, is not interesting and could only matter to Terry and BUG.  But you read the book and you conclude that this is better than DNA- to Tom O'Neill.

Tom contacted me in June after the book was published to ask if I had any questions.  I held off on this review because it seemed pointless.  The book was not mattering because it was the life's work of an angry wannabe journalist who was going to publish the book no matter what, even if there was no story.

Tom hopes his readers will fall for shit people fall for on the internet all the time. Life is not a narrative.  It doesn't always make sense one hundred percent. There are things I cannot explain about Amanda Knox's behavior, but there is plenty of evidence that she killed her roommate.  I am uncertain if Charlie did go back to Cielo; I do not know whose glasses they were; I think Kasabian was more involved.  But Tex Watson and the girls still stabbed all those people.  Not being able to explain EVERYTHING does not make a case weak.

I am sad this book is out, because that means I cannot mock Tom about it any more.

I hope he found the journey worth it.  The end product was a waste.