Was the CIA behind TLB?

Was the CIA behind TLB?


“Though I’m grateful for Vincent Bugliosi’s helter-skelter motive and the convictions it brought, I don’t buy into it for a second.  There’s something more, some deeper motive for the killings.”
- Doris Tate, mother of Sharon Tate, from the book Restless Souls.


I have no direct evidence that someone was controlling Charlie or telling him to start HS. Even if true, I don't know how such a control would be exerted.  On the other hand, there is more than enough circumstantial evidence that strongly suggests that Manson and Family were being 'managed' somehow by higher forces associated with the Government.

--The unusual nature of Charlie's PO in San Francisco
Somehow Charlie was assigned to Dr. Roger Smith, the world's most educated and overqualified parole officer, known for his lenient- to- non-existent supervision, and who apparently never had any other parolee to supervise other than Charlie.  His next job was to manage the "Amphetamine Research Project" run out of the Haight-Ashbury Free Clinic. 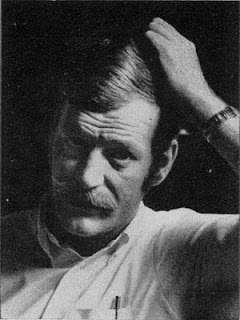 --The Researchers
The Family was a 'research' subject by the National Institute of Mental Health, via the Haight Ashbury Free Clinic, while up in the Haight, at Spahn, and at Barker, whose researchers, while following the Family around, apparently didn't notice all the crimes being committed by the group.  And who were apparently never of interest to the investigators or Bugliosi, as there is no known interview of them.

--A 'Hands-off' policy on Charlie and Family before TLB

A poster on another forum neatly encapsulated the evidence:
http://www.lsb3.com/search?q=A+Review+of+Spahn+Ranch+Raid+Documents
poster LynyrdSkynyrdBand   April 5, 2013
...it seems perplexing that the Family could continue to function with so many of the group already known to, and wanted by, various branches of authorities.
The 16 August raid would net: Lutesinger - wanted for questioning regarding a recent murder. Grogan - an escapee from a local mental institution placed there after being charged with exposing himself to children (also with three recent arrests for Grand Theft Auto).
Good(e)- recently freed earlier that week on a charge of fraud. Manson - on federal parole, who had recently been questioned regarding separate assault, rape and murder investigations, and in addition was already on three years parole for his 28 July 1967 conviction for interfering with a police officer... Atkins - who was placed on probation after her 22 June 1968 drug possession (then and at the raid giving the same alias), and after her 30 September 1966 conviction for possessing a concealed weapon, she was also given parole for receiving and concealing stolen property before being extradited back to California to face federal charges of interstate transportation of stolen vehicles. DeCarlo was awaiting the appeal of his 1967 conviction and sentencing to five years for importing 11kg of marijuana across the USA-Mexican border in 1966, as well as an assault charge for his and Manson’s attack on DeCarlo’s wife, and the illegal registration of a fire-arm.

"It's like Manson had God on his side when all these things are going down, or else somebody was watching every move he made, somebody was controlling from behind the scenes. Somebody saw that no parole hold was placed. .. somebody very high up was controlling everything that was going on and was seeing to it that we didn't bust Manson."
--Preston Guillory, ex-LASO Deputy who participated in the Spahn Ranch raid

Manson himself seems to have been aware of his 'special' status when he was released:

Charles Manson Now, by Marlin Marynick
pg12of155
"So, I go outside, and I go over to the music and the Grateful Dead is playing, and they put me on the witness program. Not because I snitched on somebody or betrayed a trust. ...but they've got me on the Federal Witness program. They say, "Leave this man alone, do not put him in jail in any direction whatsoever, he's the devil, and we can't control him, and we can't whip him, we can't beat him." "

pg35of155
"I was on the witness program, the State of California should of never bothered me. They should have stood down off of me. I didn't have anything to do with that, that wasn't my play. .. What happened there wasn't my play, it wasn't in my lane."

If Charlie thought he had immunity, either real or imagined, how might this have influenced Charlie in his decision to commit the life crimes?

--Intelligence operatives around the TLB case

There seem to be a large proportion of intelligence agents/covert operators associated with TLB:

Propagated an op-ed piece in August 1969 titled “Did Hate Kill Tate,” in which he eerily presaged public awareness of Charlie's own Helter Skelter philosophy by blaming the deaths on the Black Panthers, even throwing in a reference to the Beatles.  He had previously recorded Lee Harvey Oswald before the JFK assassination to paint him as a Castro sympathizer..

Prosecuting Attorney Bugliosi  Army Intel?
(We know he was in the Army, but try to find out what his military occupational specialty was.)

Lt Col Paul Tate  Army Intel
I'm NOT suggesting he was involved, but the fact remains he was an intel guy.

Private Investigator Reeve Whitson  CIA?
-Excerpt from Sharon Tate - A Life by Ed Sanders
"Hatami told me he has no memory at all of Manson coming to the front door of Cielo Drive, but that the memory was suggested to him by an investigator named Reeve Whitson, who worked for both Col. Paul Tate and the prosecutor Vince Bugliosi."
The only reference to a Reeve Whitson online is to a CIA operative active in central America in the '80s.

LAPD James Jarrett  ex-Special Forces, CIA
Sinister spook/provacateur hovering around the edges of the TLB case.  May have been the source of the stolen "case of grenades" to be used in an alleged escape attempt by Charlie towards the end of the trial.
http://murdersofaugust69.freeforums.net/thread/1128/1969-black-panther-timeline-relevance

--The Role of the FBI in the investigation

There was a small FBI file on Manson, consisting mostly of newspaper clippings, which basically seems to proclaim that the FBI wasn't interested in the case, but there is evidence the Feds were far more involved than they are saying:

-Statement by Millie McCormack, secretary in the Inyo County District Attorney's Office when Charlie and Family were arrested at Barker:  "Once an F.B.I. agent was showing her how he drew his gun from the holster."

-Statement of Becky Binion, saying the FBI came into her father's Las Vegas casino to seize a photo of the Family taken there.
http://murdersofaugust69.freeforums.net/search/results?captcha_id=captcha_search&what_all=Binion&who_only_made_by=0&display_as=0&search=Search

-Statement by Debra Tate that she was interviewed by the FBI.

-Message In A Shampoo Bottle By Mary Tannen
"After the killings, the police and the F.B.I. went to see Torrenueva (hairstylist in Sebring's salon)."


http://www.mansonblog.com/2016/02/charles-manson.html
Robert Hendrickson:
"I would like to add: It is entirely possible that the Manson Family was infiltrated by the F.B.I.
AND that Helter Skelter was influenced by same. YOU only have do some research into the F.B.I.s dealings with the Black Panthers to understand just how far the F.B.I. would go and MURDER was NOT a stop sign. It might also explain WHY Col Tate's hands were TIED."

--The Motive:  Killing the Counterculture

Cui Bono?
When solving a murder, one of the things investigators asked themselves is 'Cui Bono'-who benefits from this crime?  The only beneficiaries of TLB(other than home alarm companies and gun shops) were those in the establishment who wanted to demonize and neutralize the threat from the counter-culture, which arose as potent reaction to the Vietnam War.  And the CIA, of course, are the "go to" guys when conducting covert psy ops to make it happen.

OPERATION CHAOS The CIA's War Against the Sixties Counter-Culture
https://en.wikipedia.org/wiki/Operation_CHAOS
Operation CHAOS... was the code name (CIA cryptonym) for an American domestic espionage project conducted by the Central Intelligence Agency from 1967 to 1974, established by President Johnson and expanded under President Nixon...

And, by all accounts, it worked:

INTERVIEWS WITH BOBBY BEAUSOLEIL 1998-9  By Michael Moynihan for Seconds Magazine
Q:  These people had been freaked out about the entire youth culture for years, and aside from maybe a few drug casualties or a few minor incidents, they didn't have anything which they could really trot out in order to show how terrible this all was—and now they did.
A:  Well, exactly. They were looking for that thing that could be used to hurt the movement, or to put it to bed, to rest—to kill it essentially. They wanted to kill the youth movement, and the Manson cases were ideally suited for that. If any one event can be said to represent the end of the counter-culture movement, it was that event. It was used as a tombstone, in a social context. It marks where the youth movement of the '60s was buried. It's really a tragic thing.


Can the "Helter Skelter," "Drug Burn," or "Copycat" theories of motive explain the curious facts of this case?  No, but the CIA theory can.  That's why I believe in it.