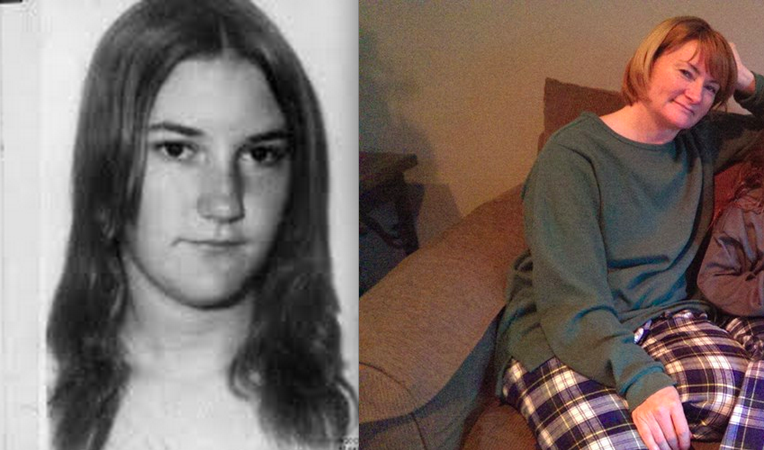 Sinclair was arrested with other Family members at the Barker Ranch raid in October of 1969. Outside of that, I know very little else about her. Anyone?

I received a Google alert with the Tea Party's adoption of Charles Manson in the subject line.  I thought WTF? I've gotta click on this!  Seems this was basically an ad for a t-shirt. 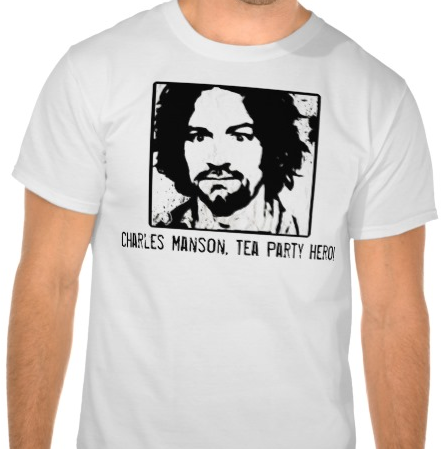 I wanted to know more.  Why was anyone attempting to link Manson and the Tea Party?  On the surface they appear to be at opposite ends of the spectrum.  I found an amusing article comparing Michele Bachmann's eyes to Charles Manson's eyes.  Both have that bat-shit crazy look in their eyes on a magazine cover.  THERE 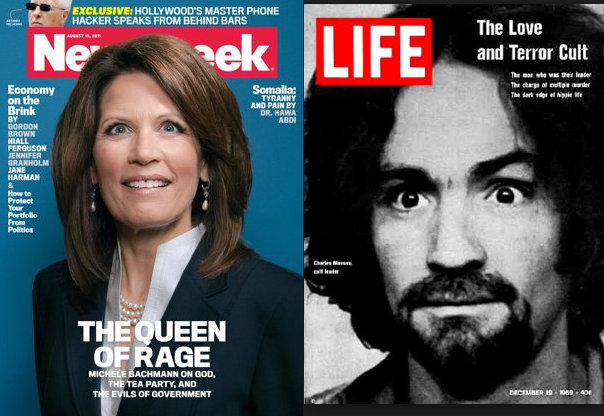