The animosity between Manson prosecutors Vincent Bugliosi and Stephen Kay is well known. Kay resented Bugliosi taking the entire credit for convictions in a case in which he felt he was an active co-prosecutor, and later Bugliosi couldn’t stand Key’s embarrassing grandstanding at “Manson Family” parole hearings. But did this mutual animosity result in an immature diss on the part of Bugliosi? Did Bugliosi so resent sharing the “I got Manson!” scalp with anybody that he intentionally minimized the contributions of his fellow-prosecutors (as he did the numerous times when he pointed out that his investigative skills had single-handedly saved the case from the incompetent Keystone Cops of LAPD)? And did he even resort to childishness?

That Bugliosi was disdainful of Kay as a co-prosecutor is evident in his initial mention of his fellow Deputy DA in Helter Skelter when he introduces Kay as a replacement for Aaron Stovitz, who was removed from the case for making inappropriate comments to the media:

“Since I had prepared the case and examined most of the witnesses, Aaron’s removal did not affect this portion of the trial…. Although two young deputy DAs, Donald Musich and Steven Kay, had been assigned to replace Aaron, neither was familiar enough with the case to participate in the trial.” (Helter Skelter, 25th Anniversary edition paperback, page 453)

“Neither was familiar enough with the case to participate in the trial.”  That characterization must have grated on Kay.

Later in the book Bugliosi alludes to Kay’s ineptness as an attorney when he refers to Kay irresponsibly commenting to the press about a statement Charles Manson allegedly made during the penalty phase of the trial about there being bloodletting should he receive a death sentence:

“Both the court clerk and Steve Kay overheard the remark. Kay intemperately rushed out of the courtroom and repeated it to the press.” (Helter Skelter, page 585)

As a result of Kay intemperance, the jury had to be sequestered for the remainder of the penalty phase so as not to be exposed to headlines such as “Manson Death Threat — Warns of Terror if Doomed to Die.”

Clearly, Bugliosi’s characterizations of Kay during the trial are less than flattering. But did Bugliosi go even further? Did he engage in some juvenile dissing to cause even more discomfort to his former partner in criminal prosecution? In looking closer at Bugliosi’s references in Helter Skelter to Kay I noticed something that made me wonder, namely that Bugliosi misrepresents the spelling of Kay’s first name throughout the book.

As a person who has had his surname reworked into nearly countless incorrect variations I’m well aware of the sensitivity of some persons that their names be rendered correctly, both in print and audibly. And certainly Vincent Bugliosi was irked by years of having his last name mispronounced and otherwise mangled. (The childhood taunts of “Buggy! Buggy! Buggy!” must have been intolerable.) And knowing what we know about Bugliosi and his nominal sensitivity (“The ‘g’ is silent.”) we might wonder if he considered the mispronunciation or misspelling of a name to be just another weapon in his human interactional arsenal. Was “The Bug” so affected by the mispronunciation of his name over the years that he felt justified in giving offense in kind to those he didn’t like? Did Bugliosi refer to “Stephen Kay” as “Steven Kay” as a subtle dig against his former courtroom companion?

Looking more into this I noticed that throughout the text of Helter Skelter Bugliosi goes further, not even calling Kay “Steven” (much less “Stephen”), but rather just “Steve” in five out out seven mentions. This strikes me as odd too because often people don’t want to be called by derivatives of their names. For example I know several fellows named “David” but I would never call any of them “Dave.” (How about you, David? Does it bother you when someone calls you “Dave”?)

Was Stephen Kay sensitive about the spelling of his first name? We don’t know. But we do know that the correct spelling is “Stephen” with a “ph” and not “Steven” with a “v”. This is evident not only in court documents from the trial (which Bugliosi would have had to have seen many, many times), but also in the way Kay has spelled his first name at various parole hearings. So we know that his name was spelled differently than the way he preferred in Helter Skelter.  Thus, the questions boil down to: Was the misspelling of Stephen Kay’s first name in HS an honest error, a rare oversight by a person otherwise noted for his attention to detail? Or was it an intentional slight by Vincent Bugliosi against a co-prosecutor whom he resented sharing the “Trial of the Century” limelight with? 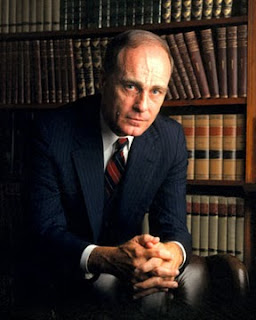 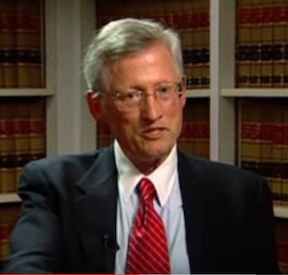 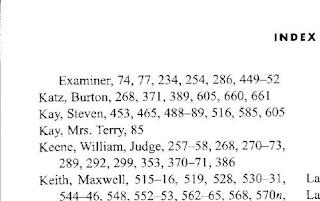 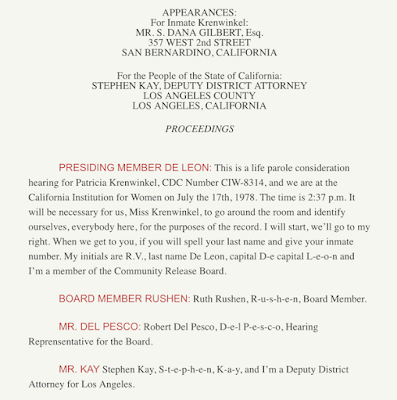 Stephen Kay spells his name correctly at Patricia Krenwinkel’s 1978 parole hearing. (Thanks to Cielodrive.com for the transcript page rendering!) 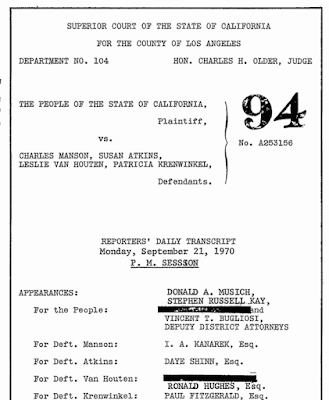