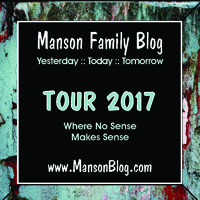 Today Stoner & I ventured into the area in Guerneville where James Willett was murdered and his headless remains were found in 1972. Willet and his young wife Lauren became acquainted with Manson Girls Nancy Pitman, Maria Alonzo & Priscilla Cooper and lived in Guerneville with Michael Monfort, James "Spider" Craig and Billy Goucher. That trio of ex-cons made their living by travelling to LA and committing armed robberies.

To make things worse, Lauren was having an affair with Spider Craig.

James Willett decided that enough was enough and wanted to leave the group with Lauren and their baby Heidi.

Monfort, Craig and Goucher decided that the risk of Willett snitching about the armed robberies was too great, so they lured him into this wooded area and tricked him into digging what would shortly become his own shallow grave. To make sure all hands were dirty, all three pumped ammo into him.

It is unclear if Lauren approved. She did though follow the group to Stockton where she herself was in turn murdered. 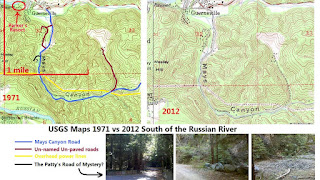 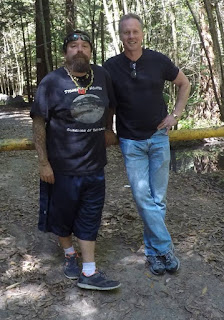