The Col Presents: THE LAST WORD on DEBRA TATE

The thing about research/journalism/writing is that the writer has a tendency to focus on their story predicated on the supposition that the reader is up to speed on things on their end.  This is a mistake.  Thus the Col will give you a quick summary on Debra Tate.

Debra Tate is the middle daughter of Paul and Doris Tate.  She was a teenager when the murders took place.  Even before the murders she was clearly troubled and a problem to her parents.  Soon after the murders their father, Colonel Paul Tate discovered fully nude photos of his daughter Debra hanging out with some of the drug related suspects of the murders and lost his shit in disbelief. The relationship with Debra was always contentious with both parents at a loss as to what to do.

A fully nude pictorial in OUI magazine in the 70s didn't help things within the Tate Clan, nor did Debra's disdain for younger sister Patti's relationship with a woman.  Whether Debra is fully homophobic or just hangs out with homophobes (like Robin/Vera Dreiser of this blog) is not full clear but Patti died in 1997 and Debra has not associated with her nephew and nieces since. 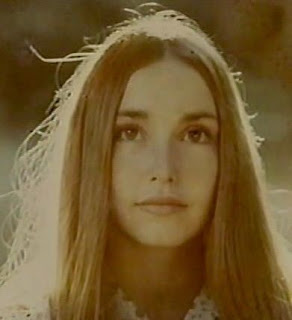 Mom Doris Tate was a gangster and revolutionized victim's rights.  When it became clear she was dying she made sure that Patti became the next designated rep at the Parole Hearings of the asshole killers. It was too much for Paul and Debra could not be counted on. The fact that NOW Debra attends has as much to do with attention seeking as it does anything else- it was NOT what Doris or Paul would have wanted because they knew she was unreliable.  Doris always also understood that here were FOUR people who were responsible for her darling Sharon's death (5 if we include Charlie) and wanted to make sure they stayed locked up- she didn't fuck around with the other killers by showing up at their Parole hearings as emotional support.  She had a job to get done and by gum she did it the best she knew how.


When Doris died the house in Palos Verdes as I understand it was sold to Patti's GF though Colonel Paul and his eventual new GF would live there during their lives.  Debra hated this and hated the fact that her father would not give her any of the Sharon belongings stored in the house. 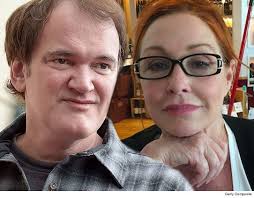 Debra's daughter (who was at one point available for nude photography and perhaps more online) is an attractive woman whose body seems to be 96% covered in tats, in my non-educated opinion a sign that you do not really like the way you look.  The ex husband had a police record of drug use and abuse.

Debra for many years in the 2000s had her "friend" Don Wilson, a convicted sex offender, as her sometimes assistant/representative, until he went away for prison stint.

Debra over the last 15 years would threaten people about using Sharon's name and likeness regularly.  Usually she would do this with people who didn't even need any rights in the first place, but as noted above, she doesn't have any rights ANYWAY.  This doesn't stop the general public from thinking she does and acting accordingly.

Debra has claimed that while working as a Postal carrier she was damaged by a mail bomb.  We know she has collected money for this but try as we might we cannot prove this actually happened.

Recently, Debra collected $18,000 on GoFundMe for breast cancer treatment.  I've seen this disease up close and it is sickening.  I hope Debra is cancer free- the concern is I have been told by some sources that she was always cancer free.

Last year Debra held an auction of Sharon's things to benefit her favorite cause, Debra Tate.  How did she get these possessions?  According to my sources, she "wanted all of Sharon's stuff" and threatened to sue her father, to commit her father, to attack her father if she didn't get them.  Col Paul finally relented and had Patti's GF put together a trunk of stuff- but it was to be left at the bottom of the driveway and Debra was not to enter the house.   And so it was. 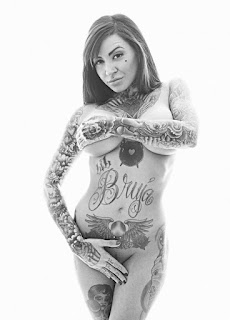 In an act that made me actually hire a lawyer and do some Estate planning, Colonel Paul didn't fill out some fucking form and so his ashes went to next of kin- Debra.  Colonel Paul is NOT buried in Holy Cross next to Doris and Sharon.  His grandchildren from Patti have no idea where their grandpa's remains are, although it is safe to say that Debra does.  Perhaps she looks at them and laughs and does all kinds of Shakespeare shit.  She certainly seems small and petty enough.

One of the things Debra  and her fangirls wanted to do circa 2000 was get Sharon Tate a STAR ON THE HOLLYWOOD WALK OF FAME.  This is a tourist thing along Hollywood Boulevard from La Brea Avenue to Vine Street.   I promised you that without a book you will not know even 50% of the honorees.  Since stars are based on your field, some folks have like 4 stars.  It is historical, with honorees dating back to the silent era.

It is also a worthless "award".  Nowadays they have ceremonies a few times a year- usually the recipient is promoting something.  And someone, usually a studio, has to agree to pay $25,000 for the Star and more for the event.  At one point I believe Debra et al were going to take up a collection for a star for Sharon.  This never happened.  As far as I know they never contacted the right people to even start the process.

Again, this is not a "worthiness" test so even a meh actor like Sharon Tate could certainly get a star.  It's political and promotional more than anything.

When Tarantino announced his film ONCE UPON A TIME IN HOLLYWOOD Debra did an early interview in which she excoriated the film sight unseen.


Debra tells TMZ she believes Leo and Brad only saw the Benjamins when they signed up to star in Quentin Tarantino's "Once Upon a Time in Hollywood" ... a film about a struggling actor who lives next door to Sharon Tate at the time of the 1969 murders.

Debra says, "To [celebrities] it's a paycheck and these people just don't care. They are terribly hurtful to the actual family and all the living victims. They don't give a sh*t."

She goes on to say she'd like to believe Brad and Leo haven't thought this through because they're "throwing all their social responsibility to the wind."

As for her feelings about Quentin, Debra's adamant his movie will just end up glorifying Manson ... given Quentin's thirst for eroticizing murders.

Then a few short months later, Debra was on board, loves the script, Tarantino was amazing, the film really reflect Sharon etc etc etc. 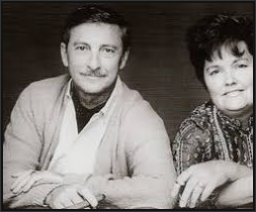 Mommy got paid of course.  Sources tell me the number was close to $50,000 simoleons.

But think a bit- Debra is the sole surviving key member of Sharon's family.  Sony cannot have her out there dissing their $90 million film with big movie stars.  VICTIM!!!!!

But where did that number come from?  The initial discussion from Tom Rothman the studio Chairman was to get Sharon a star.  This made sense-   Publicity for the film and something Debra allegedly wants. AMIRITE? Or door #2, take the money and run.

I believe my sources, but let's be chill- maybe they are wrong and the Star was never an option offered from Sony.  I promise you 100% Sony would have gone for it if Debra had wanted it- they had a big problem with her as a loose cannon out there.

She didn't want it.

The "Last Word" on Debra Tate?  Next time someone like Tom O'Neill (god I cannot stop hating on that guy) screams at me (or any of you)  that she was a victim too, hang up on the loser.  Doris, Paul and Patti were victims but they were not horrible people. 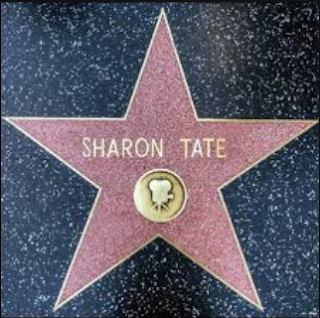 NEXT UP : The Col Presents THE LAST WORD on ROBERT HENDRICKSON