More on "the missing link" 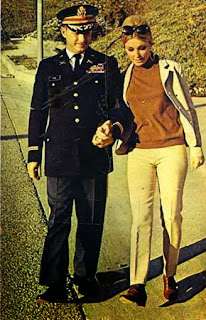 If you have not read Part 1 of this series, it is located HERE.

Patty has a sneaking suspicion that PJ Tate actually DID know what happened at Cielo in August of 1969, but that he couldn't do or say anything about it, because there was a federal investigation going on into the workings of The Brotherhood of Eternal Love (aka "The Hippie Mafia" or BEL). Up until a few years ago, nobody talked much about this huge federal investigation because it was, and perhaps still is to some extent, being actively pursued. 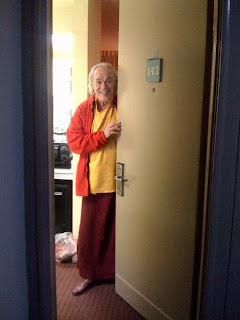 Supposedly, the federal investigation into the BEL is "wrapping up" now: The last BEL-related arrest was Brenice Lee Smith (pictured at right) in 2009. Another member was recently located near Lake Tahoe, but since he is a "family man" and has stayed out of trouble for many decades, he was not prosecuted. 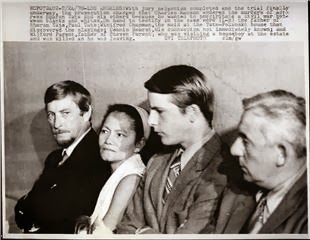 You probably know that Colonel Tate was retired, but that he had been fairly high up in army intelligence. There is a passage in Restless Souls where Alisa Statman writes that PJ staked out Cielo for weeks until some "bikers" showed up and taunted the dogs there from behind the fence. PJ then purportedly followed them back to Spahn Ranch. Why didn't PJ go any further with his investigation? He had suspects, he had experience, he had connections. Patty does not wish to trivialize his pain: she has only the greatest respect and admiration for this man whom she never met. Surely, he must have been PISSED: Sharon's acquaintances' involvement with drugs put her in the worst possible place at the exact wrong moment in time. Because he was a man of honor, he would not have been able to divulge details to which he may have become privy if indeed a federal investigation was ongoing. Viewed in this cold, hard fluorescent light, the look on Colonel Tate's face (above, left) screams "monkey trial" to Patty. 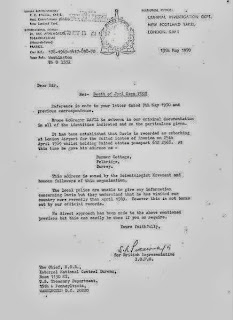 In 1972, there was a large law enforcement conference in a "hotel ballroom" somewhere in San Francisco, according to Tendler & May's BEL and Schou's Orange Sunshine. At this conference, a list of 750 known associates of the BEL is said to have been revealed. These associates were loosely organized into maybe 40 separate distributorships up and down the coast. Where is that list now? Perhaps lead investigator and professional creepy crawler Neil Purcell has a copy of the list, because he was supposedly there. Neil was not only instrumental in breaking up BEL operations in California, he is also the officer who arrested Tim Leary, his wife and his son Jack on 12/26/68 in Laguna Beach. The Learys were in possession of a rather small amount of weed for which Tim was sentenced to ten years in prison. You know the rest of that story, right? Anyhow, that list may end up being the holy grail if Patty can find a copy.

It was this document that Patty was searching for when she found copies of the 1972 and 1974 US Senate Hearings on the "Marijuana and Hashish Epidemic," instead. Patty was interested to learn that the BEL was heavily involved in a passport fraud operation in order to mask their comings and goings abroad. This, the hearings read, was confirmed by Interpol, who once investigated Bruce Davis' presence in London at the time of Joel Pugh's death (above). This statement in the Interpol letter caught Patty's eye: "The local police...understand that he has visited our country more recently than April, 1969. However, this is not borne out by our official records." Interesting, no? Patty was also interested to learn that Bruce (pictured below in 1961) was also an early adopter of LSD, as per his parole hearing from October 4, 2012: 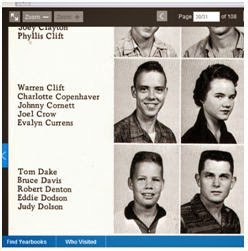 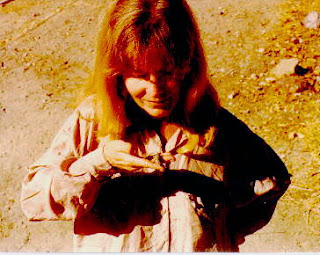 These are the drugs that Patty was talking about in her first post, which bring us back to Gary, and to Patty's stalker having another cow. Why have the 48 color photographs associated with the investigation into Gary's murder (here) been lost to us? CieloDrive has promised to keep his eyes peeled for the photos, but at last report, there has been nothing. WHY?

Patty believes that drugs figure very heavily into the overall motive, and apparently Sandy Good does too. Friend of the blog "Giselle" found Sandy's old ATWA site on the wayback machine (see here). Sandy, pictured above right with an (evil-)lizard, stated on her website as late as 2000 that although "seriously flawed," the Shreck book is the closest account to what really happened. The Shreck book is very pro drug motive, as you know. 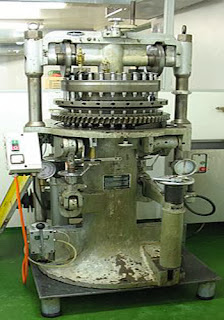 Kimchi at lsb3.com shared that the LASD arrest report of 5/2/68 states that "Suspect Good was again shown evidence held item #1, #2, #3 and #4 and asked if it was hers, suspect stated, no, never saw it before. When asked if she smokes marijuana suspect stated, yes, but I don't like it. When asked where she got the capsules, suspect stated from Gary Hinman in Topanga.(see here)." Is it a coincidence that Tex and Sadie had a baby food jar full of white powdery speed at Spahn right after Gary's murder, which Tex wrote about in his book, "Will you die for me?" It wasn't in the form of pills (aka "reds"), it was POWDER. The stuff Sandy said came from Gary was also powder in a capsule, not pressed. Gary was an amateur and would not have had a pill press like the one at left, which was recovered from an actual MDMA lab. Was the "speed" in the baby food jar methamphetamine (trade name methedrine), an MDA precursor that Sadie got from Gary's basement? 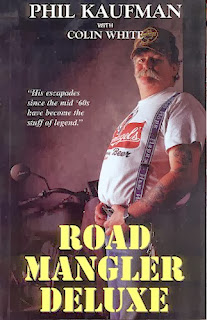 It is very interesting to Patty that places that the Family have been known to frequent parallel places where the BEL had business at around the same times. Family members were driving up and down the coast all the time, Mexico to Canada. Perhaps not so coincidentally, Phil Kaufman who wrote Road Mangler Deluxe states that he met Manson at Terminal Island, where he was serving time for smuggling marijuana from Mexico. At one time Charlie gave Kaufman's "Joint Venture" address as his own, when he applied for a Union Oil Company credit card (see here).

It is also Phil who was with Graham Parsons when he died in Joshua Tree. Phil stole Graham's body to burn it near Joshua Tree rather than let him be buried at home in New Orleans (see here). Joshua Tree was also home to a large commune that Onjya Sipe stayed at (see here), as did a woman who told Nicholas Schou that she saw Charles Manson at a Haight-Ashbury free Diggers' kitchen called "The Living Room."

The guy who was the main BEL cook around the time of the murders was Nick Sand, a Brooklynite who jumped bail and ended up in Canada. Furthermore, Pic Dawson was a purported drug dealer from Canada. In the Robert Ackerley clip, he says that he never intended to end up in the Haight, because he and a friend were originally driving to Canada. (as an aside: He also mentions hanging out with Eric Clapton in the Haight. This blog has a photo of Clapton at Cass' house, eating BBQ next to Pic Dawson: see here). 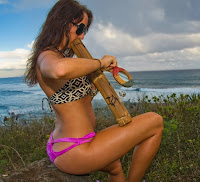 Ruth Ann was either travelling with or picking up on Hawaii a large amount of LSD at the time she dosed Barbara's hamburger. We know she disappeared and left Barbara in her hotel for several hours before she returned, then high tailed it back to the airport. The BEL was there at the same time, dealing acid and creating what later became known as "Maui Wowie." Did Ruth Ann bring the acid with her in a premotivated plan to murder Barbara, or was it an offhanded stunt she pulled in the process of picking up or dropping off some sort of shipment? (Hey Stoner, the bong babe is for you). If this was the case, it is entirely possible that Barbara was brought along as an unwitting, disposable "mule."

Clyda Dulaney was murdered in Ukiah, halfway between where the Witches of Mendocino were living in Navarro and where the BEL relocated to from the Haight (namely, Potter's Valley). Who is/was Johnny's "weird aunt," who may know what actually happened according to Johnny himself (see here)? And what about Santa Barbara? and Malibu? and Oregon? and Mexico? and San Diego? and Esalen? And....a bunch of other places that come up again and again? Stay tuned, because of course, THERE'S MORE.