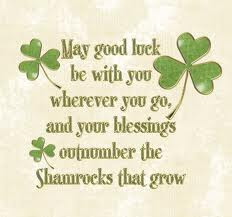 People have been asking about the photos that The Colonel has seen of Debra Tate with Pic Dawson. Though Patty has never seen those either, here's something interesting to ponder in the meantime. Deb is on the right, on the left is Nastassja Kinski. Bent over is Johnny Crawford who as a boy played Mark McCain on "The Rifleman". In the pool tickling Deb's foot is someone who may have had more tail than Wilt the Stilt Chamberlain, and that's a lot! 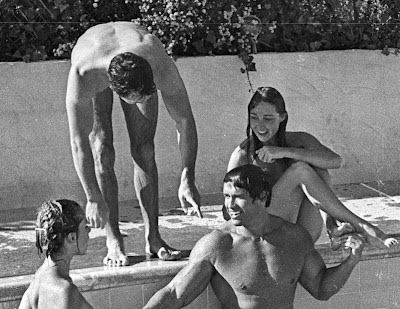 Klaus is NOT amused, Ahnold. 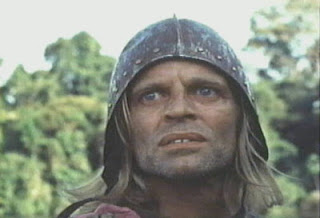 Nah. Actually, Patty has read that Nastassja and her father were never close. Neither apparently were Deb and PJ. Were escapades like this the reason for that, or a symptom of it? Certainly nothing was ever the same for the Tate family after August 8, 1969. The more we learn, the more the questions come to mind...Mind if Patty keeps asking them?