Debra and the new LA DA 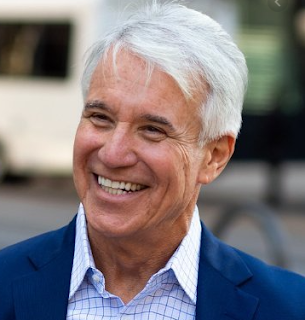 George Gascon is the new Los Angeles District Attorney and Debra Tate does not like him.  Gascon comes to Los Angeles via San Francisco where he first served as Chief of Police.  Later, when Kamala Harris who was SF's district attorney ran for Attorney General of the State of California and won, Mayor Gavin Newsom appointed Gascon to be SF's district attorney.  Gascon held the job from 2011 until 2018 when he announced he was leaving to go to LA to care for his aging mother.

George Gascon was born in pre-communist Havana, Cuba in 1954.  He immigrated to the US with his family in 1967.  The family settled in Bell, a suburb of Los Angeles.  In 1978 he joined the Los Angeles Police Department as a patrol officer.  He left LAPD after three years to go into business management.  While working as a civilian he continued working for the police as a reserve officer in the Hollenbeck Division of the LAPD.

In 1987 Gascon returned to LAPD as a fulltime officer working his way up the ranks becoming Assistant Chief of Police under Chief William Bratton.  During this time he went to Western State College of Law earning his J.D. degree in 1996.

In 2006 Gascon left LAPD for Mesa Arizona becoming the Chief of Police.  He had frequent clashes with Mariposa County Sheriff Arpaio over Arpaio's treatment of Latinos.  It was in 2009 that Gascon was hired to be the Chief of Police in San Francisco.

Gascon announced his candidacy for the LA DA's position in 2019 and won the office November 6 2020 beating incumbent Jackie Lacey who had held the office for eight years.  Gascon is considered a criminal justice reformist and that is the platform he ran on.  He is against the death penalty and charging juveniles as adults, furthermore vowed to re-open officer involved shootings from the previous eight years.  He will also re-evaluate any prison sentences where the prisoners has served 20 years.  Once elected he announced his office would not seek cash bail for certain offences and would release those currently awaiting such bail.  His actions have created outrage from some victims and their families as well as some of his own prosecutors.

To be fair, Governor Newsom has also suggested a no cash bail system to the counties in California during the pandemic to lessen the jail and prison population where the virus is running rampant.

All of George Gascon's bio aside, Debra's outrage is probably misplaced because it is the Governor who has the final say as to whether or not a prisoner is released.  Bruce Davis, Leslie Van Houten and Bobby Beausoleil have all been granted parole under former District Attorney Jackie Lacey's tenure, only to have that parole reversed by the Governor.

The following is an interview with Debra Tate by Orange County radio host John Phillips regarding George Gascon. 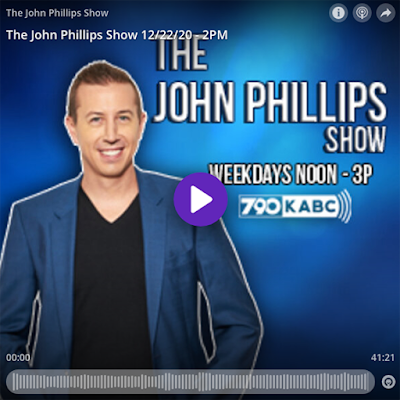