The Col Presents : THE LAST WORD on Quentin Tarantino's ONCE UPON A TIME ...IN HOLLYWOOD

We'll begin by acknowledging a history with Tarantino that dates back to 1991.  It resolved itself by 1998.  Except for minimal "hi/bye" interactions with the guy since then, there's no issues on either side.

I saw the movie ONCE UPON A TIME...IN HOLLYWOOD twice.  Like in all things in this world, I feel the word "amazing" should be used sparingly.

I felt the music was AMAZING.  One of the greatest soundtracks of the year.  Just awesome, playable on its own, fantastic. 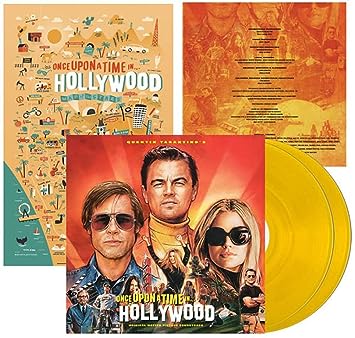 I felt the production design, recreating the era was AMAZING.  One day during the shoot I made a bad turn and ended up in the parking lot base camp.  I felt like I was there, on Hollywood Boulevard 1969.  I got my ass out of there rather than trip out.  But it was cool.

I felt that Brad Pitt was AMAZING.  Funny.  Cool.  He has always been a great actor but man was he a blast in this film.  Funny.  Tough.  Wry.  Hell, even hot.

I did not like the film overall- there's two reasons.

FIRST- and thankfully easiest, "what is the story of the film overall?".   I would say- "Flailing and failing actor in 1969 worries about his career going down the shitter and shares with his stunt double." 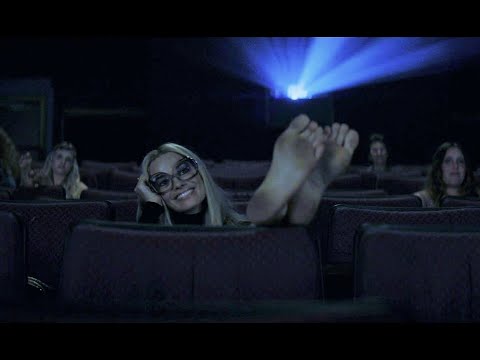 But this isn't Slashfilm, this is the last remaining TLB Blog not run by the mentally deficient.

What we want to do is examine the Manson stuff in the film, and by extension some of the Tate stuff too.

Perhaps we can try to categorize scenes

1- The production department did a great job in this scene.  With the notable exception of Spahn's house it feels like the Ranch- they went to Corriganville and looked at the photos and made it look amazing.  Horse rides.  Check.  Tex leading in Charlie's absence?  Sure why not.  Gypsy was a babe, Dunham anything but, but sure let's take it.  Their attempt to put BOBBY in the background in a top hat looking like a mental patient when he was considered extremely beautiful was bizarre.  Using real names of some people versus made up names (Sundance ffs?) makes no sense- it was not for legal reasons, Gypsy is still alive.  But the sequence is strange and pointless.

There is this dramatic buildup with Squeaky (and her feet!) that establishes....ummm nothing.
Cliff forces himself into see George who he barely knows and....ummmm nothing.
Cliff promises to come check on George- and he never does
Cliff beats the living fuck out of Clem and makes him change the tire- this establishes that Cliff is prone to violence (setting up the end), but the Bruce Lee sequence shows that just as well.
Picking up the hippie chick is a great scene and of course she would love to get him to join the Clan- but she doesn't really try and flips on him too easily.

But you know what rings like holy empty bullshit? All the Family gathering outside the house to have a showdown with Cliff.   Which never happens/ And never happened.  There was never a show of force.  And where did this "you cannot see George" bullshit come from?

It is a fun scene, it is a pretty scene, but it is Tarantino's attempt to make the Family scary and intimidating long before any murders happened and it doesn't ring true.  Squeaky called the shots?  Rats in traps out of PSYCHO?

Literally the only purpose I can see in this sequence, which is long, is to have Tex meet Cliff and have Cliff mock him before the later home invasion.

2- Charlie shows up in the Twinkie Truck looking for Terry.  This scene, the only for the poor actor playing Charlie, is just so people can go "Oh look, Manson."  It is fine and mercifully brief. Andie MacDowell's daughter on the street corner is suitably cute and sexy and nuts.  There is almost nothing else in the movie about Manson before the Assault.

I could maybe see if you wanted to do a fairy tale where the five people lived and you taught me all about them so I cared.  But Steve Parent doesn't even exist in this QT world. Voytek and Abby are nothing.  Less than nothing.  Only Sharon has any real (minimal screen time).  "Saving" these characters (which isn't even what really happen) has no depth whatsoever.

Also, as scholars what jumped out at all of us?  Charlie didn't send Tex and Sadie and Patty and Uma Thurman's boring daughter to just kill some rando straights in Bel Air.  He sent them to kill everyone at Melcher's house (or something).  It was designated, it was targeted, it was purposeful.  To this day we debate what the purpose was but it could NOT have been any other house that night.  So the convoluted conversation in the car quoting Hendrickson's film about the love of violence where they decide fuck it let's kill that Western actor- it is nonsense.

For Tarantino's plot  to work they have to switch houses.  Rick doesn't save Sharon in HER house.  Rick and Cliff do not save her at all.  In this reality they never know she was even the target.  They are scarcely even heroic- they save themselves from a drugged out  hippie home invasion.  Yes this is good but it is not heroism.

I cannot address the violent deaths of Katie, Tex and Sadie because they are absurd and come out of fucking no where.  I did laugh at the "I am the devil" exchange, but Voytek waking up to this terrified and Cliff tripping on an lsd cigarette ( no such thing btw) are way different.

Hell everything about the assault is movie nonsense.  Uma Jr runs away with the car and they shrug?  Sure.  Superhuman dog with snapping jaws.  Sure why not.  Working, filled flame thrower just a few steps away?

And what is the result?  Two dead girls that we know NOTHING about.  One dead Tex who we saw for 2 minutes previously- this is all so Tarantino can make them cutouts we don't give a shit about. Go ahead toast them, they mean nothing.  They were stupid enough to switch houses!

REAL PEOPLE DIED THAT DAY.  They were not "saved" because the killers went next door.

And anyway, the real life death of Susan Atkins, death by 1000 papercuts, was more deserved that an instant shish kabob anyway.

The whole Westwood theatre sequence is sweet (even the dirty feet).  The real Sharon doesn't seem all that innocent or "good" as Tarantino calls her.  She partied with the rest of them (look at PLAYBOY AFTER DARK sequence).  It does make her seem like a ditz.  It does give her some dimension.  She is still not a real character but it is a sweet sequence.

I was less pleased by the pre-Assault montage.  Pregnancy melancholia?  What the actual fuck is that?   Why go to El Coyote and then use a different table?

I don't know- QT saves Sharon but it doesn't feel like a real person.

-------
The film just got a boatload of noms and will win for Cliff and script 100%.  The four hour cut, coming in a year or so will be fascinating.  Ultimately though a mediocre actor stops some hippies who might have killed a cipher.  That's the story and it is a pretty weak one, when most of us know so many much more interesting details.


NEXT: The Col Present: THE LAST WORD on DEBRA TATE