Fuel to the Fire: The Family's Use of Amphetamines in the Summer of '69

The accepted wisdom says that Charlie did not tolerate hard drugs within the Family.  They smoked marijuana and hash, used LSD with some regularity, and ingested a smattering of other psychedelics like psylocybin(mushrooms), mescaline(Peyote buttons), even Belladonna.  One known exception is the admission by Atkins and Watson that they snorted from a jar filled with meth just before they left to go to Cielo Dr.  But that was it.

But there is good evidence that many others in the Family were using Speed.

http://www.aboundinglove.org/main/images/bookPDFs/Will_You_Die_For_Mesmall.pdf
pg63of120
Tex: "Charlie, for all his use of acid, was absolutely against speed. He believed it was bad for your body. But when a young guy from one of the neighboring ranches began sneaking it over,  Susan-Sadie, Bruce Davis and I started carrying it around in the bottom of a cigarette package."

pg76of120
"I slept very late Saturday(Aug 9, 1969), then spent part of  the afternoon working on dune buggies and  snorting speed with Bruce Davis."

http://www.mansonblog.com/2015/03/goodbye-helter-skelter-chapters-fifteen.html  comment
"Another point: in the History channel special Kasabian ...also mentions taking a white speed tablet before embarking on the journey(to Cielo)."

Testimony of  at the Watson murder trial(8-26-71):
http://www.cielodrive.com/charles-tex-watson-trial-08-26-71-am.php#bp
Q(Bugliosi):  Did you take speed on several occasions(while at the Ranch)?
A(Paul Watkins): Yes.

http://www.mansonblog.com/2015/06/the-mansonfamilytodayinfo-files.html
During Her time with the family, Patricia Krenwinkel used drugs heavily. ... She... at times would take various forms of speed such as Methedrine, Benzedrine and on occasion would smoke opium.

http://www.mansonblog.com/2016/01/the-watson-kasabian-dynamic.html
Kasabian did say that the killers in the car the first night had taken speed (white pills supplied by Charles Manson)

My Life with Charles Manson by Paul Watkins  Chapter 20
Clem... was totally blitzed, and sat slouched over the steering wheel of the dune buggy, his eyes glassy, his hair matted and snarled... He appeared stiff, almost cadaverous. (Sept '69)
[Clem is obviously coming down off a lengthy Speed trip.]

Susan Atkins  The Shattered Myth of 'Helter Skelter'   pg26of63
"...Charles Manson was at his wit's end.  He was staying up for days at a time on drugs watching for Panthers." (July of '69)

Member of the Family  by Dianne Lake
(At Barker in late '68)
"Charlie was too hyped up to make love to any of us, so we all just went to sleep.
"I been thinking about this," Charlie announced in the morning. He appeared like he had not gotten much sleep. "We should go back to town and get our things together."

The Shadow Over Santa Susana by Adam Gorightly
(At Barker in Sept/Oct '69)
"Manson, it has been said, became "feral beyond description" during this period.  According to Kitty Lutesinger:  "He got wild when he was out there.. he was just beating on Snake all the time-or everybody." "
[Sounds like an amphetamine-induced psychosis.]


Manson Parole hearing from April 2002
"Manson also had a history of using drugs such as LSD, amphetamines and barbiturates... (Commissioner Gilbert)Robles said."

https://www.huffingtonpost.com/steve-heilig/charlie-manson-the-life-a_b_4074267.html
He gathered unknowing young women from Berkeley and the Haight-Ashbury, where the clinicians at the landmark free clinic diagnosed him as an “ambulatory schizophrenic” with all manner of manipulative behaviors, not to mention a fondness for LSD, speed ... and marathon orgiastic sex directed by Charlie ...

https://nypost.com/2017/10/25/reliving-the-murderous-manson-familys-dark-pull-on-an-innocent-14-year-old-girl/   Dianne Lake interview:
When I got back from the Spiral Staircase House, I told Richard and Allegra about the possibility of going with Charlie and the girls. “I don’t know about that, Chicken Little,” Richard said. For some reason, he had changed his mind about Charlie. “It may not be such a cool scene. Maybe you should stick around here for a little while.”
That was the one warning I got about Charles Manson. It was not from my parents or from people at the Hog Farm. It was from my speed-addict friend who somehow understood something that the rest of us did not.
[Did he recognize that Charlie was into Speed?  Did it take one to know one?] 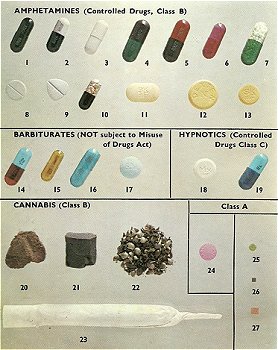 http://murdersofaugust69.freeforums.net/thread/369/fountain-world?page=1&scrollTo=16281
Virginia(FOTW witness) said that most of the time the Family's conversations were confused and she felt that they "were usually up on something, sometimes they would just talk non-stop for hours and not sleep for three or four days."

https://www.belfasttelegraph.co.uk/life/features/denis-tuohy-the-day-i-came-face-to-face-with-charles-mansons-killer-cult-in-a-remote-mountain-ranch-36365134.html
Manson had linked some of the Beatles' songs with an apocalyptic vision of the future, a vision he preached to followers who were constantly high on LSD and amphetamines.

Susan Atkins  The Shattered Myth of 'Helter Skelter'  pg26of63
"The women began to fear for their lives as paranoid, speed-frazzled gunmen combed the ranch..." (July of '69)


But when you play, you pay (as they say in Brooklyn).  There was an old anti-drug slogan from the '60s:  SPEED KILLS.  They should have listened, because there is a definite link between the heavy use of amphetamines and violent acts, according to numerous sources.

Charles Manson Now by Marlin Marynick   pg129of155
Vicki(apparently an associate of the Family) assured me that, during her initial visit to the ranch, the family was living a peaceful, happy existence. The only drug on the property was marijuana. "Then they did LSD and, when speed came along, that was when it all went bad."

Then it becomes a legitimate question to asked to what extant did amphetamine use contribute to the murders?

I think that the use of amphetamines might be one of the missing links in this case.  So important that without the Speed, there would probably not have been the slaughter.  But why didn't Bugliosi mention it in his book?   In the penalty phase of the trial, he made extensive preparations to counter the defense witnesses who would claim the defendants were too drug-addled by LSD to be responsible, but he didn't do this for the Speed usage.  Even more curiously, the defense lawyers didn't introduce this evidence as a possible exculpatory factor.  Why not?  Was there some kind of agreement by everybody not to touch this subject?

http://www.goodbyehelterskelter.com/Reviews.html
Bugliosi discounts the importance of speed in the murders. He ignores most of the drug use at Spahn except for the use of LSD which he says Charlie used to brainwash his followers...