Letter from Joanne to Sandy Good

One of the main tasks I set myself during the writing of "Coming Down Fast", was to determine any possible connection Joel Pugh may have had with the Manson collective prior to his death in London on December 1st 1969. Of particular interest, I wanted to get to the root of the letter that contained the ominous passage, "I would not want to happen to Joel happen to me" (sic). First reported in Vincent Bugliosi's "Helter Skelter", the extract gave the impression that Joel's death was suspicious, and in some way connected to the sensational "murder" toll attributed to members of the Family.

Ultimately, Bugliosi's brief and pat summary of Joel's death stripped him of any personality, rendering him as nothing more than an anonymous "victim". This set me a task in building a personality around Joel, something I felt was vital to assemble some sort of reality.


To be honest, I never thought that despite my well-honed research skills I would be able to find the letter that kick-started the investigation into the circumstances of Joel's death. Remarkably, following a long trail of tip-offs, emails and phone calls, I was led to a library where a file of paperwork left by a detective had been archived. Within the reams of reports and other pieces of ephemera was the letter that ultimately fell on Bugliosi's desk which in turn, went on to imprint Joel's name in the Manson phenomena.

It didn't take more than one read of the letter from Joanne to Sandy Good to see how detectives had twisted an otherwise innocuous part of the letter to turn it into a possible link to a Manson related "murder" - the echoes of which have rattled on over the years. As you will read, the letter's most contentious line was (a) rewritten and (b) taken wholly out of context, allowing spectacular conclusions to be hastily drawn. As I am at pains to point out to fellow students of the case, despite activity at the highest level of officialdom, no attempt was made to contact the Pugh family to check on Joel's mental health status at the time of his death. Indeed, the first they would read of the investigation by police was in "Helter Skelter" in 1974.

This is the full letter from Joanne to Sandy Good. 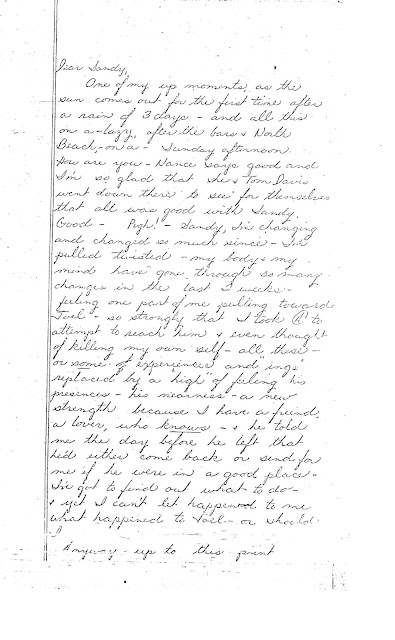 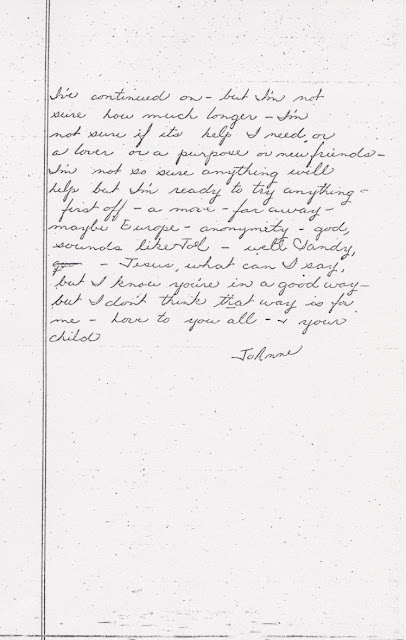