Demi Moore, Age 16, Dined with Roman Polanski A Few Days Before He Fled the US for Good in 1978 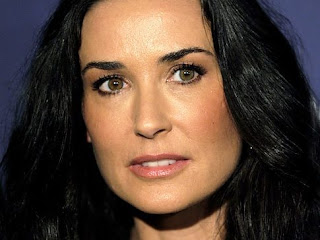 Demi Moore’s memoir — now a top best seller– has more takeaways than an In n Out Burger on Saturday night.

One of the top revelations is that Moore, at the age of 16, had two dinners with director Roman Polanski after his conviction for having sex with a 13 year old in 1978.

Moore, who left a rocky home life at age 15 to escape a horrifying mother, launched herself into the acting world. She became fast friends with Nastassja Kinski, who was also a teen (17) and had become Polanski’s lover in 1975 after the death of Sharon Tate in 1969.


Moore says in her book:

“I went with Nastassja to her dance classes, trying to emulate her grace, and one night she took me along to dinner with Polanski. He tracked me down to invite me to dinner a second time months later, and I went with my mom. He was a perfect gentleman on both of those evenings, but he had been convicted of having sex with a thirteen-year-old girl. (I saw this dynamic all around me. Thirteen was a little extreme, but in my world, believe it or not, relationships with underage girls was the norm.

He expected probation following his plea bargain, but the judge saw it differently. Faced with imprisonment, Polanski fled the United States just a few days after that second dinner. He ended up making “Tess” in France; the film received three Oscars, and Nastassja won a Golden Globe. I was disappointed when she moved out of the apartment building. It would be two decades before we saw each other again—unexpectedly, at Elizabeth Taylor’s regular Sunday lunch. When we embraced, it was like a homecoming. We knew each other in a way that no one else could.”

There’s plenty more in Demi’s book, and I’ll pick a few more items next. But it’s definitely worth picking up for yourself and reading. I always fear a celebrity memoir will be like something to be parodied in “Celebrity Autobiography” on stage. But Demi’s book is captivating, to say the least.