I Wanna Be A Cowboy

"I was sitting on George's steps when Cowboy Bill approached so I saw him from the ground up: scuffed cowboy boots, long legs, short hair. He was rough around the edges and looked older than he probably was, smiling down on me paternally like he already knew me. I was suspicious. Resting a boot on the stoop, he paused before going inside. 'I haven't seen George in years,' he told me. '...and, by the way, how's Charlie?' That cinced (sic) it. I figured him for a cop, but he lit a cigarette, and continued, "Charlie and I go way back. We were in the joint together down south. You know what we used to do in the hole?'" (Fromme, Kindle, 255). 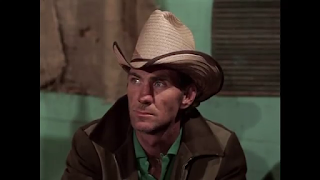 Bill Vance/William Cole (photo via Manson Blog) making the acquaintance of George Spahn before Lynette Fromme did isn't exactly topical to the MB faithful. In her informative article from May, 2020, Deb showed us two California driver's licenses for Vance/Cole. One was issued Nov. 2, 1965, and the other on September 8, 1969. Both show Spahn Movie Ranch as Bill's address.
https://www.mansonblog.com/search/label/Bill%20Vance.
If you're new to the study and haven't seen that article, make sure you read through the comments at the end. Manson Blog readers do a good job of aggregating the commonly cited sources and their opinions on who first found Spahn and Gresham.
There's always so much love here.
We also learn from Deb's article that Vance/Cole added a third driver's license using the name Dwayne Ernest Schwarm just eleven days after becoming William Cole on September 8, 1969. Dude was preparing to run.
But let's go back to Fromme's Reflexion for a moment. Vance told her he hadn't "seen George in years" (255). That's an odd way to phrase things when your current driver's license identifies Spahn's as your home address but whatever. Two and a half years is years I suppose.
It's interesting that Fromme lets us know he's a bullshitter without saying it in the paragraph she introduces him to us. Throughout the book, she never calls him anything other than Cowboy Bill. Not a single surname.
And did you notice who told Bill about Charlie and company staying at the ranch, according to Fromme? Ruby Pearl (255).
Most important here is that Deb's information verifies the author's. Which is an amazing thing in the world of Manson.
Vance also tells Fromme that he did time with Charlie "down south" (255). Charlie saying that Vance was heavyweight boxing champ at Brushy Mountain State Prison in Tennessee nine years in a row immediately popped into my mind, probably yours as well, but as Deb pointed out, Charlie was never in prison in Tennessee.
He was, however, incarcerated in Virginia. Petersburg, to be exact. Twenty-five miles southeast of the state capitol in Richmond.
What was Charlie thinking? Just three months past his seventeenth birthday and so close to free. His aunt was trying to spring him and the Man was considering it. But Charlie being Charlie fixed all that for himself, sadly.
One short month before a parole hearing that might've freed him from a minimum security honor camp, Charlie was caught raping a boy at knifepoint.
I'll spare you the condemnation I feel for a society that puts little boys in cages with bigger boys who have become feral dogs, and move things along to the location of Charlie's punishment and possible meeting place of Bill Vance in an attempt to keep myself from raging while I weep.
Here's a little Wiki background because we all know Wikipedia never lies.
https://en.wikipedia.org/wiki/Federal_Correctional_Complex,_Petersburg
Charlie arrives at the Federal Reformatory Petersburg, Virginia, in January, 1952. 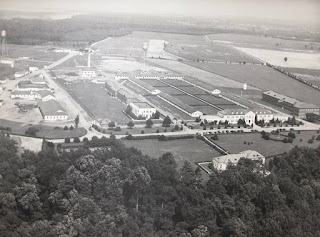 The prison made a nice little book so families could forever memorialize the time their loved ones spent in the guiding arms of Uncle Sam. 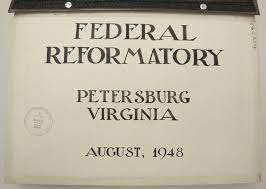 And also just in case you owned a factory or something and had an interest in not paying your employees, several photos were included to give you an idea of some options. Like for example if you were a manufacturer of giant shoelace fences. 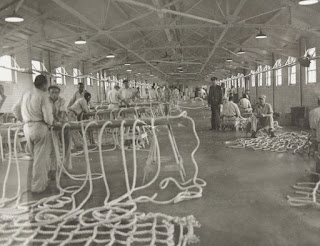 Finally, the clean-living and vitality of your potential slaves, apologies, employees, is proactively demonstrated. 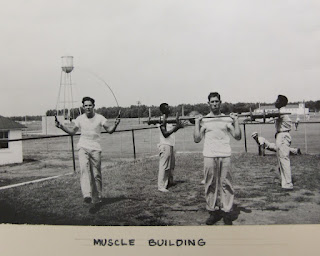 I have it on good authority that the guy with the jump rope was jump rope champ nine years in a row btw. A paperback book told me. Mary mack mack mack dressed in black black black.
Did Charlie and Bill Vance meet down in Dixie like Bill told Lynette Fromme? And if so, was Petersburg the place? D.C. is the only other option, and most people say, "D.C." when talking about the area. Not "down south" (255).
So yeah maybe.
Side note: Amateur and professional genealogists in the group will surely recognize the Scots-Irish, Irish, English, and Welsh mix going on there in ole Bill. I'd bet a dollar if I was a betting man that his peeps came in through Virginia, built shacks in WVA hollers, fought natives across the Ohio, and spread westward with the great hillbilly mass of which I am part.
Lurk on.
Posted by G. Greene-Whyte at 9:10:00 PM 24 comments