People, people, people....What is going on? Why were there WEIRD things said in Patricia Krenkinkel's 2011 parole consideration hearing? Have I been living under a rock, because I am barely reading these things? What am I talking about? Well, first off, why does "Katie" Krenwinkel tell the presiding commissioner that she KNEW ahead of time that they were supposed to murder TWO WOMEN INSIDE THE HOUSE? Why didn't the presiding commissioner question her further about knowing ahead of time WHO they were to murder? Who gave them orders to kill the two women? Has this ever come up before? HUH? Here is the part of the transcript where she stated this:


"Because there was no doubt that I knew that what was ever going to happen here was not going to be good. I did know that that was, the plan was to murder two women inside the house. That was given, that was a given." 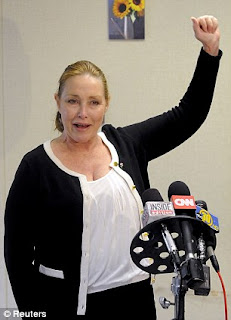 Here is the second thing that I noticed that sounds strange. What am I talking about? I am talking about Debra Tate telling the parole board in her statement that SHE was the first person interviewed by the police department, and by the FBI, because she was at the Cielo house all summer! Why would Debra Tate out of hundreds of people been the first person interviewed? Hell, I am not doubting her story, I just want to know WHY HER. I have NOTHING against Debra Tate, and I don't fancy bashing her on a blog, but I have to ask these things. Here is the part of the transcript where she stated this:

"My name is Debra Tate. I'm a sister to Sharon Tate, one of the victims. Something that most of the people don't know in this room is I was the first person interviewed by the police department and by the FBI, because I had spent all the summer prior at that house." 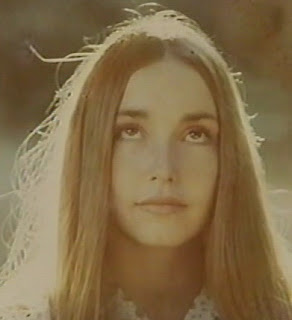 I have ONE MORE THING that I MUST bring up, or it will drive me nuts! If this was really true, I find it a weird, eerie, creepy coincidence. I also would like to add that IF this was really true, why wasn't it brought up at trial, or even in Helter Skelter by Mr. Bugliosi? What am I talking about? I am talking about Debra Tate telling the parole board that she MET the Manson Family BEFORE the murders! Here is the part of the transcript where she stated this:

" Just prior to me, us moving back to Palos Verdes, I was in Sausalito at the same time the Manson family was in the San Francisco area. I remember these people approaching me in the street of the Haight Ashbury, and they were people that I, even at the age of 16, passed on as being oddballs."


In closing, I am scratching my head in thought. You can find the full parole transcript at the fascinating, insightful, well-done site of cielodrive.com: