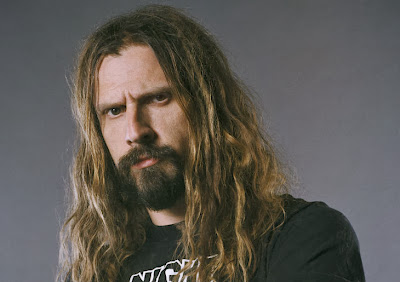 In something of a curious pairing, director/musician Rob Zombie will team with AMERICAN PSYCHO author Bret Easton Ellis on an upcoming series exploring the infamous Manson Family and their vicious crimes in 1969.

Variety is reporting that the two creators, who both specialize in folks clearly out of their mind (albeit with very different aesthetics), are in early development at Fox on the series which “aims to tell converging stories of people and events leading up to and after the murders, from shifting points of view.”

Manson, of course is notorious for leading a sort of commune and forming the Manson Family, which turned murderous in 1969 and resulted in the deaths of seven people, actress Sharon Tate included. Since the arrests and convictions, his story has endlessly attracted fascination and inspired a host of art. Perhaps unsurprisingly (his HALLOWEEN II has quite the large image of Manson on a wall) Zombie counts himself among the intrigued. He says, “I have been obsessed with this insane story since I was a kid, so obviously I jumped at the chance to be involved in this incredible project. After speaking with Bret, I immediately realized that we shared the same vision for this epic madness.”

The Ellis/Zombie Manson series is still quite a ways off. Keep an eye on Fango for more as it develops.