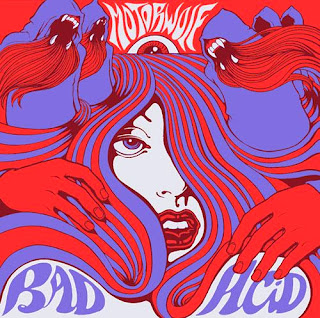 The following is part of a post from RobertsCourt.com. There is much more regarding MKULTRA, besides the Manson connection HERE.

In addition, Tex Watson recounted in his testimony that Manson used other drugs such as "mescaline, psilocybin, and the THC, and STP" and described a "mental acid" that "drew stuff out of your mind; and the other (body acid)...would be drawing your body."

Later, when asked about the use of drugs in the Manson family "Tex" said, "People seem to think that Manson had all of us drugged out, while he remained sober so he could easily manipulate our minds. This may be true, but a sorcerer such as Manson uses mind-altering drugs himself in order to contact spiritual beings, and gain supernatural powers."

"He did use drugs to manipulate and control us, and the more drugs we took, the easier it was for him to manipulate us with his philosophy. We all began to reflect his views, a mirror image of destruction, growing worse every day. We mirrored his lifestyle and attitude toward society."

Orange Sunshine LSD was manufactured and distributed exclusively by a group known as "The Brotherhood of Eternal Love" who operated out of a beach resort near Los Angeles. The Brotherhood had among it's drug manufacturers and dealers, one Ronald Stark, who is believed to have manufactured 50 million doses of LSD, and had known connections to the CIA.

It was this very same batch of acid that was available in abundance four months later during the fateful free concert held at Altamont Speedway. Four people died at that concert, one of them after being brutally stabbed to death by a group of Hell's Angels who had been given access to multiple tabs of Orange Sunshine. Many people who attended that concert noted that the LSD seemed to be "contaminated" and that the general vibe one got from using it was that of extreme negativity, violence, and death. Additionally, Orange Sunshine was in use among American ground forces during the Vietnam war, having been smuggled into that country from the California coast.

Manson's personal obsession was with "Helter Skelter" and his belief was that this event would ignite a black-white race war in America; the Tate-LaBianca murders and the murder of musician Gary Hinman were definitely staged with false clues that the killers (or perhaps someone else) hoped would be blamed on elements of the "black militant" movement.

Manson has said in interviews that he based some of his philosophy on the science fiction novel Stranger in a Strange Land by Robert Hienlien. In a scenario perhaps reminiscent of Mark David Chapman's and John Hinckley's infatuation with Catcher in the Rye, could Stranger in a Strange Land somehow have been Manson's program-trigger mechanism? Was the concept of Helter Skelter part of Manson's program? It is interesting to note how the "science fiction" character of Valentine Michael Smith in Heinlien's Stranger in a Strange Land very closely parallels Manson's own life: Valentine Michael Smith was a human being who returned to Earth after being raised on Mars where he underwent training in the occult arts; Manson was isolated in prison where he also studied the occult extensively and has quipped that he viewed himself as a man with an alien mind after his release from prison in 1967; both Manson and the fictional "Smith" gathered about them a group of followers into a communal lifestyle and practiced a sort of "group mind" telepathy; both attempted to transform the world as we know if via their respective philosophies.

Are these cults a thing of the past, or have they only been perfected and "normalized?" The study of emotional contagion and synchronized behavior in cult groups was an ongoing mission of the CIA, was it then applied to the culture as a whole? There is no mystery how LSD was so obsessively studied and distributed to millions of Americans through CIA networks. It opens up the "religious" centers of the brain where wrongful authority can program them. LSD was simultaneously distributed to normalize and culturally accept this programming method and discredit an entire peace movement. Many, many "legal" drugs now perform the same function of opening the mind to suggestibility via mass media.

So it came to pass that Charles Manson was stuck in solitary confinement at Folsom Prison when a new inmate was placed in the adjoining cell. It was Tim Leary, who was eventually captured with Joanna Harcourt Smith, who later admitted working for the DEA. "They took you off the streets", Manson informed Leary, "so that I could continue with your work." Charlie couldn't understand how Leary had given so many people acid without trying to "control" them.

With all this in mind, consider that if a ex-convict-turned-hippie like Charles Manson could program people to kill, then why not the U.S. Government?

Manson was in prison during the time that the CIA was known to be using inmates at Vacaville prison in the MKULTRA experiments, a fact that leaves one to speculate that perhaps Manson was some sort of mind-controlled guru created by the CIA and set loose against the "subversive" left-wing elements in order to discredit them.

Since his incarceration for the Tate-LaBianca murders, Manson has again served part of his time at Vacaville.

In alot of Manson interviews he will say things like "I'm only what i've been trained to be, I'm only what you thought you" "One interview he said Jimmy Carter made me what I am"

We now have substantiated proof that the CIA was working on projects to control human behavior. You are meant to believe that these were isolated studies, not influencing us domestically, not employed against us. How could we know otherwise?