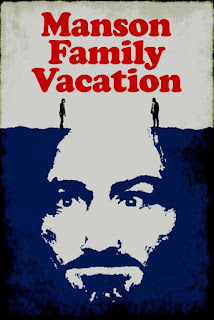 Jay Duplass and Linas Phillips star as brothers in an upcoming indie comedy that earned solid amount of praise at SXSW earlier this year. (See the original article and watch the exclusive trailer here.) In Manson Family Vacation, Nick Morgan (Duplass) plays the “normal” brother, a successful lawyer and family man in Los Angeles. But when his estranged brother Conrad (Phillips) shows up on his doorstep with nothing more than a backpack, Nick is forced to deal with his rather weird roots. What makes things more peculiar is Conrad’s obsession with Charles Manson — and the sites of his infamous murders in Southern California. Nick reluctantly joins his sibling in a less-than-brotastic road trip through the modern-day world of Manson, witnessing Conrad’s unusual devotion first hand. Produced by the Duplass brothers and written and directed by J. Davis (who wrote Jay’s 2011 documentary, Kevin), Manson Family Vacation is available on iTunes and VOD Oct. 6.