Was Afton 'Star' Burton, The Teenage Charles Manson Fan Who Tried To Marry Her 80-year-old Idol, Really In Love With The Killer Or Just After Legal Rights To His Corpse?

In 1971, Charles Manson was convicted of first-degree murder and conspiracy to commit murder for a series of horrific killings, including the Tate-LaBianca murders. Seven people were brutally slaughtered, including actress Sharon Tate, over two nights in August 1969.

If the jailing of Manson represented the end of his bloody reign of terror, it did not signal the end of his extraordinary power over people. Although he would spend the rest of his life behind bars, Manson continued to hold a cult of young women under his spell, including a doe-eyed teenager named Afton Burton who, when he was 80 and almost sixty years her senior, he nearly married.

But according to the book The Last Charles Manson Tapes: Evil Lives Beyond the Grave, by investigative journalists Dylan Howard and Andy Tillett, the traditional narrative – that Burton was infatuated with Manson – may not tell the whole story. 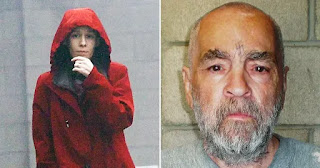 "Forty years after he had formed the Family, Manson was still pulling young women into his orbit," they write. "Afton Elaine Burton, then eighteen, had left her home in Bunker Hill, Illinois, to be with him. By 2014 she had carved an X in her head, shaved off her hair, and started calling herself 'Star.' She lived in the dusty desert town of Corcoran where Manson was imprisoned and visited him as often as she could.

"Afton, with her big hazel eyes, can be seen in many pictures with Manson, by that time in his eighties, gray and withered. In interviews she spoke like the brainwashed girls from the Manson Family of the '60s and refused to explain the root of her attraction to Charles."

Howard and Tillett now believe that her real intention may have been "to gain custody of his corpse, which she and another supposed Manson devotee, Craig Carlisle 'Gray Wolf' Hammond, were planning on putting on display."

Afton Burton first came to Manson's notice in 2006 when the lonely schoolgirl started writing to him in prison.

"Her first exposure to Charlie was through his thoughts on the environment, which a friend shared with her," writes Howard and Tillett. "Although her father denied it, Burton claimed in an interview her parents would punish her by locking her in her room. Just as Manson had, she learned to become quite comfortable with being alone."

A year later she quit home for Corcoran. She lived in a small apartment in a rough neighborhood and worked flipping burgers in a fast-food restaurant, hardly a glamorous existence, but one she was prepared to put up with to be near her idol. Her visits became more regular until eventually, she was seeing the killer every day. 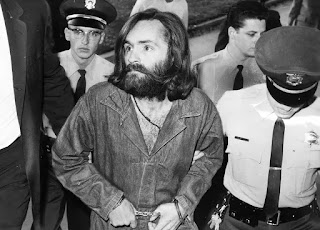 "Soon enough Manson, some fifty-plus years her senior, was calling Burton his girlfriend. Like the other women in his self-generated Family, he gave her a new name: Star. Pictures of her began to circulate, with some observers noting she looked a fair amount like [Family member and fellow murderer] Susan Atkins during Atkins's young, fresh-faced days."

Officially, there was no sexual contact between the two. Under the rules of Corcoran Prison, unmarried prisoners are allowed a kiss and a hug at the beginning and end of each visit. But, according to Howard and Tillett, "rumor had it Manson had an agreement with the guards under which, every once in a while, he could enjoy a little more of her if they were discreet."

Eventually, in 2014, Manson and Burton applied for a marriage license. He was 80 years old and had spent more than half of his life in prison. She was 25 and, despite her outward displays of devotion, some doubted her true motives for wanting to become the killer's next of kin.

"How much of the relationship was real, and how much of it was Burton and Manson playing each other, is open for debate," write the authors. "Manson clearly enjoyed the additional headlines he generated. He also, most likely, got a deep, deep thrill out of once again controlling a young girl."

For Burton, the real value of Charles Manson may not have been in his suitability as a husband… but in the value of his corpse. 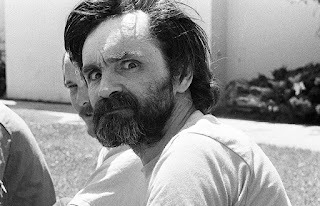 "Hammond and Burton may also have shared more than a common interest in Manson," they write. "In 2015, a news team observed as Hammond picked up Burton on a Saturday—visitation day at Corcoran—but instead of taking her to see her boyfriend, they drove an hour and thirty minutes away for a romantic 'date' at a gem and rock fair.

"The pair stared into each other's eyes and spent hours examining rocks and crystals, but the situation turned nasty when they were caught red-handed. Spitting bile as he attacked a cameraman, Hammond said: 'Who the f--- are you? What are you doing, man? Are you a secret agent or something?'

"The wrestling match continued on the tarmac of the parking lot, while Afton screamed with glee in the background—a reminder that almost fifty years after their killings, even those new to the Manson Family were not to be messed with."

Whatever Burton's real motives, her marriage to Charles Manson never took place, and the license expired. She has since largely disappeared from public view, though she did attend his funeral in 2017.

"It is typical of Manson that his last attempt to gain media glory was done in conjunction with a young, attractive woman," conclude Howard and Tillett. "It is also perhaps fitting that, if Burton's intent was to gain custody of his corpse for her own gain, she came close to being one of the few women who would have turned the table on him." 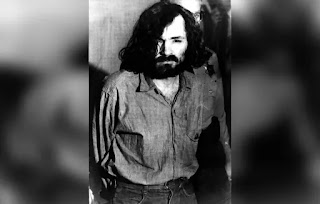