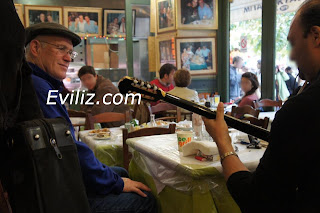 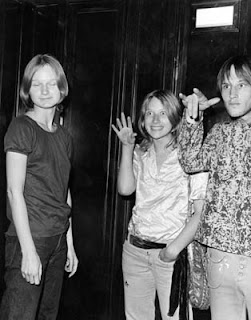 I rarely actually laugh aloud from comments, but you did it on that one, orwhut.

it also seems to have a pretty long scale. I wonder what it is?

Love is all forever and its been your slave
Now it’s gonna open your eyes
And rise you from your hate
Get on home, get on home

I've read in at least 2 places there is unknown "Family" music buried somewhere in a vault. It was apparently made around the time Hendrickson was filming. Anyone know anything about any buried Manson music? If there is, it's about time to dig it up, I want to hear it.

I knew 8 string basses, but not acoutic guitars, new to me!

great to compare Mary in the '70 photo to her updated pics straight across. Man, she and Cappy were flatchested back then, as were allot of the girls. Times have changed, don't know if it is diet or the wonder bra but I taught high school and it seemed 95% of the girls were trying out for a Russ Myers film. Not that I was looking.
Clem and Mary remain the two Famiily members I would most like to hear from.

Leary, you are a boob man for sure!

I'm happy to have made you laugh, Mat.

That may be a mandola or a mandocello, or possibly an Irish bouzouki.

It's a Greek Bouzouki.

Cappy sure was cute in that bottom photo.

Matt said...
It's a Greek Bouzouki.

Uncle Ed is dead.
My condolences.

Thank you. It's no great loss.

I know that this is terribly incorrect, especially since I am a teacher, but didn't Charlie once say that Clem was...ahem...developmentally handicapped...hence...ahem...a RETARD?????

Maybe he is one of those Rainman idiot-savant types because he seems to have made a name for himself on the local music scene.

Maria,
I belive the narrator in the movie Manson, states that a judge said Clem functioned barely above the animal level.

Maria, refer to this post. In it I asked Robert Hendrickson about Clem's intelligence since he spent a considerable amount of time with him.

Just got this. LMAO!
-----------------
Matt:
You have Leslie, Katie, Bruce getting College Educations in everything BUT the "Law"
You have everyone relying upon "writer's" to tell their stories (including the MASTERMIND himself). Even Bugliosi had to have a "best selling" author, Curt Gentry write his story. And then you have an "idiot" simply talk his way out of a "life prison sentence," while all the rest continue to rely upon others for "direction" concerning the most important aspects of their lives. NOW you have the "idiot" smiling back, from a safe place, at all those so-called educated folks. Sounds like a movie to me.
Robert

PS: If I was an "educated" detective, assigned a MANSON related cold case to investigate,
I would just do coffee and donuts while tuning-in to Eviliz.com for info !!!!!!

Sounds like a good way to get rid of an embarrassing itch.......

There's a radio station, KPIG, from Santa Cruz, CA that I get on the internet. They just played a song by Rhythm Town Jive. It was quite good. KPIG is highly recommended to anyone that likes jam bands like the Dead and Widespread Panic.