Nude Hippies And The Origin Of An Icon 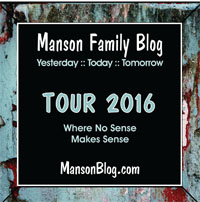 Perhaps the earliest media report on Charles Manson and his "Family" was the article that appeared in the Los Angeles Herald Examiner on April 23, 1968. That article, headlined "Nine Nude Hippies Arrested; Found Huddled Around Campfire," described the arrest of Manson and eight of his associates in Ventura County, California after law enforcement officials encountered their disabled school bus in a remote canyon.

According to the article, police found the "bus stuck in a deep ditch along Deer Creek Mountain Road, just above Bass Rock, located about five miles south of Point Mugu....  The group was apparently driving back into the canyon when the bus became stuck in the deep ditch along the roadway about a quarter mile east of Highway 1."

Manson was booked on suspicion of grand theft auto (the bus was supposedly reported stolen from San Francisco on April 12, 1968, but it wasn't) and possession of two driver's licenses.

This incident, however, is important beyond providing us with an early newspaper account of Charles Manson and his "Family," because the arrest was also the source of the most famous mug shot of all time, namely the "arched eyebrow" picture of Charles Manson that graced the cover of Life magazine on December 19, 1969 and went on to be featured in countless books, magazines, television programs, and all manner of other media presentations in the following decades. 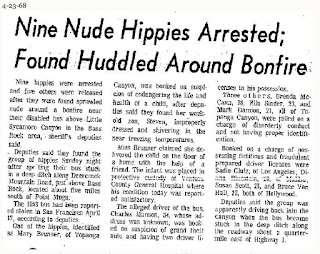 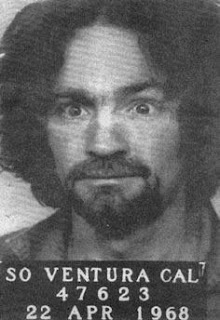 Above and Below: Charles Manson's mug shot from the Ventura
County bust and the resulting Life magazine cover. It has become
the icon for the "Icon of Evil." 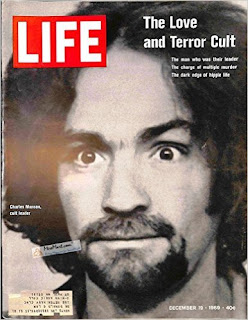 Many sites related to the Charles Manson saga have been obliterated with the passage of time, but the location of this important arrest is virtually unchanged from the way it was almost fifty years ago.

A few miles north of where California Highway 1 crosses the Ventura County line the Deer Creek Road intersects on the eastern side. About a quarter mile after turning onto the road there is an obvious turnoff on the right side. Shortly down this turnoff is a creek bed where it would have been possible for the bus to get stuck. Since this is the only location in the area where it would be likely for someone to attempt to pull over a large vehicle it is very probably the site of the April 22, 1968 arrest. 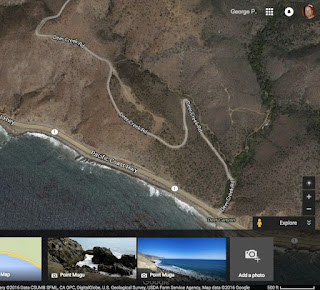 Deer Creek Road is as isolated and untamed
today as it was in April of 1968. The likely location
of the bus breakdown was in the canyon indicated
by the green trees in the lower right of the image. 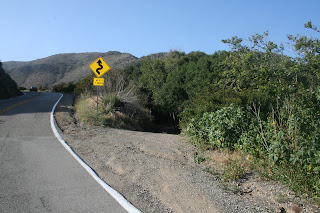 The turnoff about a quarter mile up
Deer Creek Canyon Road 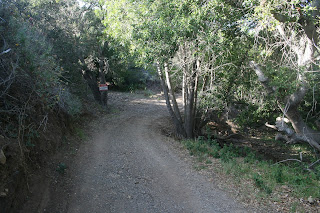 Down into the turnoff 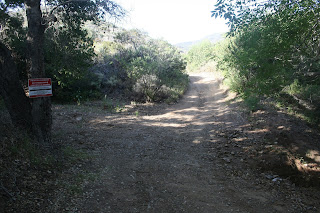 Did the bus get mired in this creek bed? 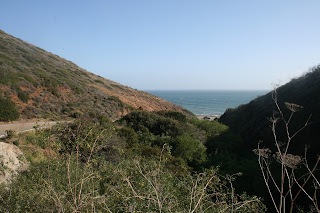 The view west from the turnoff shows the location's
proximity to the Pacific Ocean.

FUNNY - when the girls first told me this story - absolutely EVERYTHING then made sense.

So it must have been a lot of work for Bugliosi and the media to "re-spin" the REAL Manson Family story into another typical Judao-Christian fable.

I wonder IF Charlie actually understood what was taking place and IF so WHEN did HE come to such a realization ?

Thanks for the Graffiti answer George. Simi Valley is filled with Indian graffito that the public will understandably NEVER be allowed access. I believe Manson was very aware of the Indian presence through out the lands HE walked upon.

I came across this article somewhere else recently and was surprised that Diane Lake could pass herself off as 20 in 1968. She had just recently turned 15 I think.

Dianne post here sometimes. Dianne if you're following, tell us about it. Please.

I was surprised that Diane Lake could pass herself off as 20 in 1968. She had just recently turned 15 I think

I have worked with many a 12 year old or early teen that could easily pass for 18 and upwards. There's a very insightful song by Grand Funk Railroad that deals with this subject called "She got to move me" on the 1972 "Pheonix" album.

Hmmmm....
No one {the colloquial 'no one,' that is} had heard of Charles Manson in April 1968. Tex Watson, Leslie Van Houten, Steve Grogan {I think} and Linda Kasabian certainly hadn't. The Herald Examiner however or one of the newspapers of the time, in writing up the story identified Charlie as the leader of the Family. It's either in the rest of this article or it's in the follow up. I remember reading it on the Truth on Tate/LaBianca forum and being struck by an obscure paper report on an obscure happening involving an obscure, unknown group of people, rating a few column inches, buried inside the irrelevant section of the paper highlighting Charlie as the leader.
Around a similar time, Dr David Smith did that study on the group marriage thingy and though the study didn't see print until 1970 or thereabouts, it was from 1968 and again, long before any murders, any White album, any Bugliosi, any media, any Kanarek, any Older etc, he is clearly, in print, identified as the leader.
Clearly some "fables" are more equal than others.....

the most famous mug shot of all time

I still think that is one of the best and most evocative photos I've ever seen. Charles Manson was ever so photogenic and could easily have made a living as a model. Some of the best photos have been taken by people who hadn't a clue that they'd shot such a great picture. Personally, I'd have been proud to have taken that shot.

Great pics and commentary, George. I always appreciate your time and effort to do this, show us the 'now'.

When I first saw, back then, that Life magazine photo of Manson my first thought was how sensationalist (controlling) the media had become because the image instantly fed the **fear** of a contemporary tight-weave, conformist society, now by visual association labeling all who were experimenting with alternative lifestyles as a **threat**. What people now refer to as the end of a progressive counter-culture.

My second thought, as a so-called hippie myself, was how pissed I was at this guy called Manson and his acolytes for crossing the line and getting involved in this kind of stuff, regardless of level of guilt, because all those 'Ken & Barbies' out there would surely push back. Especially assaulting 'Hollywood' with big swimming pools and movie stars. Companion to that was the thought that those people couldn't **really** be so-called hippies, at least not the kind I hung out with.

The greater national public back then had never heard of Manson, the Labiancas, Tate, or the others. We had all heard of Folger's Coffee. Tate was only a starlet at that point, may have made it to 'movie star' status had she lived. I don't even recall having heard of Polanski either although he was an upcoming director.

Anyway, it was a deal gone bad and 'sealed it' when that photo was featured ... the **media message** (judgement) was crazed hippies lead by crazed Manson go crazy and slaughter people for no apparent reason at all, just confirmed **all** those fears that so-called hippies were crazy-dangerous whereas my personal experience was the average so-called hippie was afraid of their own shadow.

Anyone ever see the profile image of this mugshot?

It's really cool to follow the tour by the photographs, the explanation of places and dates. Thanks.
Yesterday i've been to Independence - by Google Street View. Seen the same spots you showed us in the post - including the motels. Street View is amazing.

BTW you don't get street view down the turn off. Great shots.

As you drive up the Pacific Coast Highway from Malibu up towards Ventura County there is nothing on your right except mountains which is odd because there are few places in the world where mountains reach ocean.

Getting out there and visiting the actual locations where things happened is more fun and educational than you can imagine.

Matt, I have always sought the pristine roadless wilderness, but the 1,000 mile drive along California's Highway 1 and into Oregon equals the sublimity of experiencing a true wilderness - much of the drive is mountains meeting the sea.

Cris,
My mistake. Actually, Dianne sent a letter and current photo to Liz and Matt posted it. The following URL should take you to them. You may have to copy and paste. Sorry about the mixup.
http://www.mansonblog.com/search?q=dianne+lake

I am sure everybody who reads this blog would love to participate in the tour.

I was planning a trip to California this year, and would like to do some Manson spots myself, but due to current political and economic crisis here in Brazil the trip is costing 3 times what it should be. Today the government increased the tax for buying dollars. So i am waiting a little for things to calm down, maybe next year.

We're trying to get rid of socialists here, as other south american countries are. Hopefully our president is going to be impeached and two other red presidents are down so far - Argentina elected a liberal and Paraguay dismissed the socialist president.

Meanwhile, i can tour with you guys - and the street view. Ha!