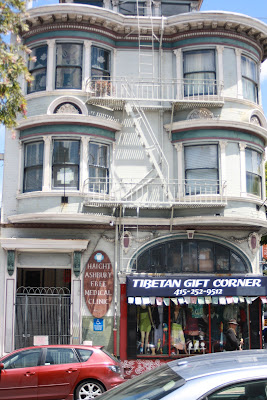 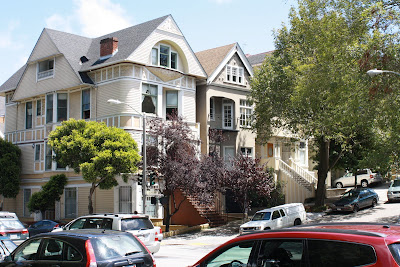 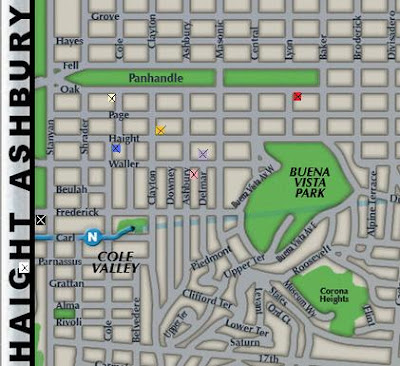 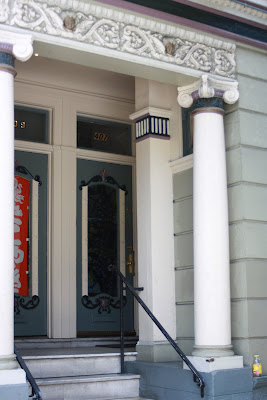 PS: for a MEAN cape cod, visit Finnegan's Wake on Cole or The Gold Cane on Haight. They both pour pretty liberally...Patty is still recovering.

Ha! They pour LIBERAL-ly in the Haight - of course they do! With their LEFT hands!

Patty - any info on what Ed Sanders referred to as "The Waller Street Devil House"?? I've never seen an address for it.

The next you go out investigating, in "Coming Down Fast" it says Mary Brunner's apt when she met Charlie, was at 1319 Milton St. Was that a run on sentence??

According to Map Quest, Milton St only goes to 199. I think it is worth a look though..

Hey Grump! Hard to know where the Waller Street Devil House was. According to legend, it was a Digger crash pad, perhaps the old firehouse at Waller and Stanyan. Nobody knows for sure. Or do they? Anyone? Anyone?

PPS: You are right about Milton St. in SF but are you sure she lived in SF? She was a librarian across the Bay in Berkeley so perhaps the address is Berkeley, El Cerrito, Oakland, Emeryville, or what have you. Just a thought.

Patty tried to find a Process house at "1820 Oak Street" but there are only odd numbered addresses on Oak. Soooooo much misinformation out there.

Thanks Patty! I went to SF many times as a kid and never knew the Family had lived there. I'll have to check these places out if I ever go back(but I detest SF so it won't be for a long while).

Is it true that everyone in SF drives a Hybrid and love the smell of their own farts or has TV lied to me?

You know Adam, when Patty was young and stupid and thought she'd rule the world one day, San Francisco was the perfect place for her. She has fond memories but whenever she goes back, she realizes more and more that yes, San Franciscans have incredibly inflated egoes solely by virtue of where they live. It is truly bizarre.

Patty, I'm pleased that you included 710 Ashbury. I saw Further this weekend at Bethel Woods Amphitheater in Upstate NY. It was awesome!

Patty lived a block away when Jerry died - you should have seen the house that day. The whole stoop was covered in so many flowers that the new owners could not even get in the front door. Hippies converged from all over the country: on a normal day it is hard to navigate faster than a snail's pace up and down the main drag. That day, it was impossible to move.

Thank You Patty Cakes for your time and effort
<3 U

Well Patty then we may have crossed paths that week. I flew out for Jerry's funeral and was at the polo fields the morning the band appeared.

Well ain't that a kick in the pants! Patty's all, "you should have seen" when in fact, you did see with your own eyes. It's a small world after all.

Hey, does anyone know if there was an albino guy who lived on Cole St with CM? My parents lived across the street and they tell a story of how CM "and his albino roommate" stole their VW Beetle. It turned up a couple of days later, spray painted flat black and with the back seat removed. My dad has shown us pictures of the black VW.