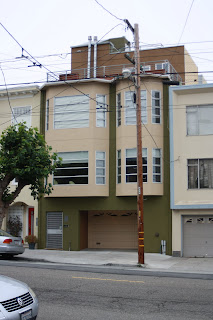 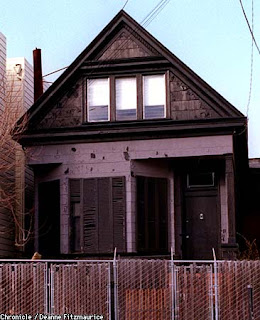 The Black House was used by Anton LaVey as the headquarters of his Church of Satan from 1966 until his death in 1997. LaVey lost ownership of the house in 1991, but was allowed to reside at the Black House until his death. Members of the Church of Satan unsuccessfully attempted to raise funds to repurchase the house, and it was demolished on October 17, 2001. The original address, which was 6114 California, is no longer used.

Mmmmmmmmmmmm! Sadie was hot! Can't understand why Charlie never wanted to tap that.

I read somewhere that after Sadie suckled her child one of her boobs got deflated. I've carefully studied pictures from the time and can't see any evidence of it but that's what I read:)

I think it was in Helter Skelter Charlie said that after the birth of her baby Sadie's boobs were not attractive anymore and he lost interest.

Well judging by most of the girls at the ranch, it's safe to say Charlie wasn't exactly a tit man.

adam said...
Well judging by most of the girls at the ranch, it's safe to say Charlie wasn't exactly a tit man.

How in the world did she hide her 1960's bush in those underwear? You know she was probably hairy as a dog!! All of those muffs were! Charlie was a hairy muff guy, not a tit guy!!!