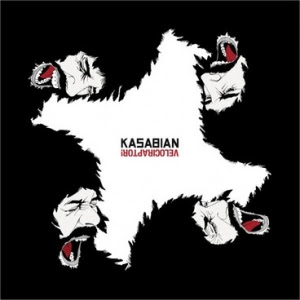 Maybe you have heard of them already, maybe you have not. They once said in an interview that they took Bob & Linda's name because it "sounds interesting." It is kinda fun to say. Come on, try it with Patty now: "Kasabian. Kasabian. Kasabian." Linda herself has commented that she thinks they are pretty good!

Kasabian will be playing New Year's 2012 in London's O2 arena. Yes, folks, they are getting BIG. Check out this video on you tube: Their lead singer seems to resemble what would happen if Michael Hutchence and Damon Albarn had a baby. Makes Patty a little "homesick" for the UK: Manchester, 1990 is now known as "the second summer of love" and yes, Patty was there. From what she rememebrs, which is not much.

You can hear their newest single on Youtube, here:
http://www.youtube.com/watch?v=6k7VldHaIbE

Kasabian is a common Armenian surname, originated from the Arabic word, Kasab, meaning a butcher or slaughterer, and suffix (ending) -ian.

Were you there Patty?! I am from Manchester and I was there too, it was the happiest year of my life. I just fell in love, we were so happy and then all this music exploded, the Mondays, the Roses, the New Fast Automatic daffodils, now there was a band, there was something every night. the Hacienda too, I loved the indie dance night on Thursdays. Even the football hooligans at Maine road stopped fighting and started carrying plastic bananas to the match.

Where did you live, Patty?

County college, lancaster university. Patty's boyfriend was from Manchester so we'd be down there a lot. I remember being at the hacienda to see the shamen when sean ryder walked in. Wow those were the days!