A little more than 30 days in the hole 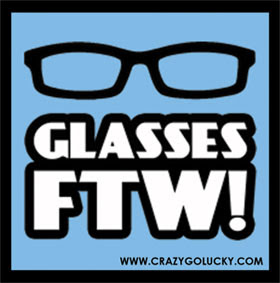 Thanks to A.C and Grump for the info

Manson has been sentenced to more than a year in solitary confinement, based on the allegation that he was in possession of a “deadly weapon”.

The alleged weapon was a wire from a pair of eye-glasses. Friends of Manson claim this recent decision by prison officials is yet another act of discrimination, since the item in question, although technically a rule violation, is commonly modified and used as a craft tool by inmates throughout the prison.

In solitary confinement (SHU), Manson is held in a cell for 23 hours a day and denied basic privileges such as packages, phone access, contact visits, and normal human interaction. Considering his advanced age, friends are expressing great concern for Manson’s health and well-being.

If you would like to protest Charles Manson’s 15 month sentence to solitary confinement, and express your concern about the conditions under which he is being held, you can write a letter to the state employees listed below. Posting by certified mail will help to hold these bureaucrats to account.

Well, some news... Charles is sentenced to a year in Security Housing Unit (solitary confinement) for having a scary, dangerous, life-threatening weapon... a piece of wire from inside a pair of eyeglasses. Yes, really.

A 77 year old guy with emphasema might be able to pin-poke another inmate while standing in the chow line. Frightening yeah?

So same 77 year old is thrown into solitary, no contact visits, no phone, no guitar, only outside for one hour per day. For a year. BTW Amnesty International has declared SHU to be cruel and unusual punishment.

my God that is shocking. I didn't know it was allowed to do that in the USA! for God's sake, how can people not care about things like that. It's how you treat your least citizens, not your greatest, that counts.
Solitary for 15 months! Unbelievable! For an elderly man, just because he is notorious.
15 months! It's like darkest China! And this is America, how on earth can America be this bad!

Yes, Fiona. If you ever visit the good ole US of A don't go to prison. Especially in Texas.

We are very quick to criticize other countries on human rights yet things like this happen here.

Yeah....Human Rights...
I mean; How can they even keep an innocent man like Charles Manson in prison anyway ? He never killed annyone....or am I on the wrong site/blogg now ??

@ Fiona1933:
Did you ever found out who that Unknown Mansonite was you asked about in November 16th ?? The Girl with the Black&White striped Robe, sitting on the corner in front of Hall of Justice L.A. ?? You asked the question November 16 2011 under post ,,Pretty Cappy,,
I had some conversations with Matt about the Mistery Girl with Angel-Face. But @ Matt, the girl you mentioned Nancy Davis, was way older, she was 23years old at the time of the Trails. Whats your call on this Fiona1933 ??

I thought this person was the Nancy Davis of the crucified Manson painting fame. Tho she claims only to have moved to CA in 1975 she could have visited earlier.

I wonder if it was just a excuse. And they are hopimg at his age that long of a hole visit will do him in?