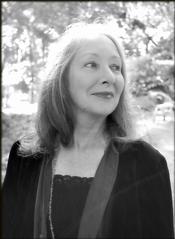 Salem - Barbara Ellen Beausoleil, 65, was born in Mineola, NY, to John and Jane Baston, one of 2 children. Her family lived for a time in Rhode Island, Texas and Long Island, settling in Woodstock, NY, in 1961. She later lived and raised her children in Connecticut.

Barbara was loved and cherished by all who knew her, and left this world suddenly and unexpectedly. She was an amazing mother, sister, wife and grandmother, but those were only some of her outstanding attributes. Beyond that, she was a consummate artist. She received her BFA from Boston University and was a very talented painter. Barbara also loved music, teaching herself the guitar and piano. Another source of great joy was dancing, which she began to explore when she lived in Connecticut. After studying the art of tribal style belly dance, she joined a dance troupe in California, where she lived from 1979 - 2000. One of her other accomplishments while in California, was achieving journeyman status as a carpenter when working on the restoration of the neoclassical state capital where she displayed her talents as a skilled craftsperson.

After settling in Oregon in 2001, she began teaching dance and eventually started her own dance troupe, Raks Sarama. Barbara also excelled at drumming for this style of dance. Gardening, beekeeping, sewing and knitting were all passions, and her love of animals was an intrinsic part of her nature. Her family was very proud of all her accomplishments, and anyone who knew her was impressed with all the special qualities that encompassed the beautiful soul that was Barbara.

She had a profound influence on friends, family and even casual acquaintances. Barbara was and always will be a shining example of how a person can live in peace, harmony, and freedom. She gave more than she took, she loved more than she feared, and she nurtured everything and everybody around her. We will remember Barbara as a woman of strength, courage, compassion, and wisdom – a true Mother Goddess, treading softly yet powerfully upon this Earth.

A celebration of Barbara's life will be held next summer on the Summer Solstice, her favorite time of year. Arrangements by Unger Funeral Chapel.

Yes, she sounds like she was a cool lady. Best to her loved ones.

when people say someone died suddenly and don't list a cause of death it makes me wonder if the person committed suicide--i hope not in her case.

She always looked like a beautiful, gentle old soul, radiating peace and kindness.

She always looked like a beautiful, gentle old soul, radiating peace and kindness.

wouldnt it be lovely to be remembered like that. What a full life. And this may sound bitchy but there's something to be said for having your hubbie in the slammer. He can't get away: he can't give you any hassle; he won't know if you get a bit on the side; you have married-woman- don't-mess-with-me status so nobody can call you an old maid, and you can get totally on with your life. It's still hard for a woman to be lifelong single, there are always so many to say "she couldn't get a man' or other mean things, but actually having a man around can be a damn nuisance. There's a reason why the only happy women in old English plays was the Merry Widow.

Why is it, that manson, and his associates, were willing to settle for um, well lets say astecically challengeged women? Notice, most of the charlies male associates, were good looking, yet the woMEN they settled for, were, well not that attractive.