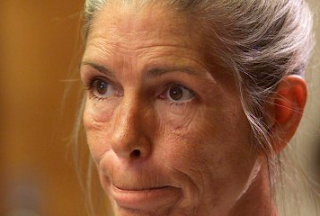 
"In other conference action, the justices:


•Denied review of the summary denial, by this district’s Div. One, of the most recent habeas corpus petition by Manson family member Leslie Van Houten. Van Houten, now 63, was 19—the youngest of the defendants—at the time of what have become known as the Tate/LaBianca murders.


Van Houten admitted her involvement in the August 1969 murders of Leno and Rosemary La Bianca in their Cielo Drive home. One day earlier, actress Sharon Tate and four others were murdered at the home Tate rented with her husband, director Roman Polanski, who was in Europe at the time.


Rosemary La Bianca was stabbed a total of 42 times, and Van Houten said at various times that she had herself stabbed the woman 14 or 16 times. Another Manson Family member testified that Van Houten admitted stabbing La Bianca after she was already dead and said “the more she did it the more fun it was.”