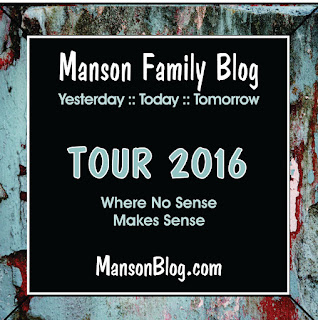 The dates of the 2016 Tour will be April 27 - May 2. If anyone is interested in tagging along please email either myself or Deb.

The itinerary is still fluid at this point but we've got some interesting and fun ideas!

Happeners are likely to include...

See you in LA, Saintster!

I can smell the Jasmine, and taste the coors- lights already

Whoa! I was just thinking about this today, and wondering what the dates would be. I think I will be there this year.

Well I hope you set your priorities straight and include a trip to El Coyote again for margaritas... I think you already learned your lesson with eating the food there though ;)

i just looked at the El Coyote menu...looks good, but I"m sensing you are not recommending it...lol

This sounds pretty cool! I am playing with the thought of "tagging along" with you guys this time...
I don't know where to email Matt or DebS to though?
I think I've gotten an email from someone before, regarding a multipart post. I don't know if it was Matt or DebS?

The Holy Cross Cemetery link got me curious, so I made a list of the *Top 25 Most Recognizable* interred there. (not including the Tates):

The Tinman and the Scarecrow both!

The *Hillside Memorial Park and Mortuary* is a Jewish cemetery located adjacent to *Holy Cross Cemetery*.

Out of all these 60 "celebrities" I posted, I'd say only Jerry Rubin is a member of *The Manson Family Blog* universe of relevance.

I knew there must be some relevance to the MFB recent thread by the listing of Sharon's neighbors for eternity (with a copy and paste from Wikipedia's Jerry Rubin page):

Yet another successful act in Yippies "guerrilla theater" was when during the Presidential elections of 1968 the Youth International Party nominated their own candidate for the U.S. Presidency.

The nominee was Pigasus the Immortal, a 145-pound (66-kg) pig that they felt was a realistic alternative to Richard Nixon or his presidential opponent, Hubert Humphrey. At the official introductions at Pigasus’ first press conference, Rubin, while holding the candidate in his arms, demanded he be given Secret Service protection and be brought to the White House for a foreign policy briefing. He also promised, on behalf of Pigasus, a fair election campaign and if Pigasus won the election he would be eaten. This would, maintained Rubin, reverse the usual democratic process in which the pig is elected "and proceeds to eat the people."

My favorite candidate in '68 was Pat Paulsen:

TomG was a little slow deleting his own comments today. He's usually faster.

"After the 1968 Democratic convention

Sources vary on the fate of Pigasus. There is some speculation that a police officer ate him."

Where will the tour be taking you ladies and gentlemen this year?

Mostly LA, but day and overnight excursions are possible. We really never know until it gets close. All ideas welcome.

AGAIN I will miss. I am working Stagecoach Festival in the desert April 29- May 1, plus build and removal dates. :((((