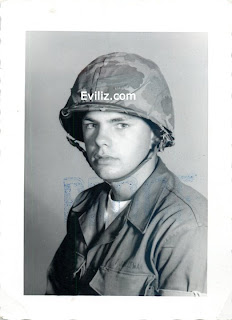 I could care less about this sloppy Bastid- but how he went from the kid in this picture- to the weird looking slob with the crazy grin in the M Documentary- is probably a very good story....

Ya think drugs were involved? :)

Try watching Geraldo's cheezy failure of a Manson Family Reunion. I think that was around 1993. He barely made sense.

Someone tell these old bastards that drugs are for kids!

I actually did see a few minutes of that lol he looked really fat- but his hair was the same... I didn't hear him speak- only saw it online for a few seconds...

he is a scary looking bastard... but ya know what- when push came to shove- he wouldn't kill anyone- even at the expense of having to split. Tex said some good things about him ( not that he is a great character reference) So maybe he looked worse than he really was?? Who knows- all I do know is that in nothing I have ever read- was he arrested for anything- so who knows?

see ~ that is why i wanted to show the pic's of him. told ya,
i have some good ones-
i am not putting up the same old crap you can see any place.

these are pics you will NEVER see any where else (until someone steals them from me and re-posts them). we can finally see someones life pre-M. plus i think T.J. was a good part of the equation.

From this picture, TJ looks like the All-American boy. Then came the 60's, the Viet Nam war, the drugs, the Manson crowd. Life beats the shit out of everybody. Some more than others.

Well he sure looked a whole lot better as a young man going off to Nam! Wonder how many tours he did? He must of done several tours to end up looking so bad. Name did that.

i think Tj was one of those that went to war but came back very anti-war & anti-establishment.
i do give him credit for not shooting Crowe. if only the others
would have followed their better instincts.

He was with Charlie when he shot Bernard Crowe...

According to Bugs book- he was supposed to pull a gun from the back of charlies jeans and do the shooting, but wouldn't do it- leaving Charlie to do it himself.

He fled the ranch very soon after this when Charlie gave him a hard time.

When Charlie was in jail- he showed back up- and can be seen in the Hendrickson documentary. IN the scenes where Mary is being interviewed near the beginning- He is the grinning guy with the funky haircut kneeling next to her rubbing her hands while she talks...