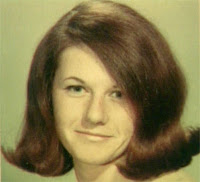 Mr. and Mrs. Krenwinkel
They must be proud.

I'm sure she will stay behind bars and continue her work with training dogs and firefighting. I wonder if she has a sweetheart at Frontera??

Yeah, I'm sure she has a snowball's chance in Hades of getting out. Think she'll even bother to show for her hearing?

dont quote me but i think this hearing is re-scheduled from 2010.
she will never see the outside alive.

i think if she ever did get out, she is no longer a danger to society.

i'm not saying i want her out, but she appears to be harmless.

Not too sure about Katie...

Listen all the years and hyperbole about the manson family are not for nothing. Although Charlie gets way too much attention. The reason for the lasting fascination with this case is that some very brutal heinous crimes were committed. And despite the unrealistic cloud of evil that is thrown around too many of them due to the association- 6 people were killed in a very gruesome manner!!!

Katie is one of few people directly responsible for that, What Charlie got credit for- this Chic actually went and did...

you have to be a certain type of person to keep stabbing a dying, begging person over and over...

Katie WAS that type of person- If you have that in you- does it ever go away????

Oh, I totally agree Katie's no longer a danger to society. Tex and Leslie probably aren't, either (Manson? Not so sure). But of course, that's not the point. If you terrorize and murder total strangers, you should expect to kiss your freedom goodbye forever.

Circumstance, I think if Katie tried that any of that Helter-Skelter crap today, her victims would kick her sorry granny ass.

Pat really went to town on her victims, that first night at the Polanski home.

Then the next night she jammed a fork into Leno's stomach and watched it wobble back and forth. She was vicious. However, she admits she is right where she belongs, and that she should have gotten the gas chamber. She takes responsibility. I don't know how she lives with that, but at least she doesn't blame it on anyone but herself. Except for hitting Susan Atkin's over the head with a chair years ago, her incarceration record has been excellent.

Louise I have noticed your quite the musical singing one...lol I think I dig that about you...

Louise- I never heard that before about the chair over Sadies head- did that really happen?

Katie hit Sadie upside the head?? Excellent!! Did she say beforehand, "Look, bitch, I have no mercy for you"?

St. Circumstance said...
Louise- I never heard that before about the chair over Sadies head- did that really happen?

Saint..yes, way back a long time ago. Something Sadie was doing, I don't know the exact details. Sadie was babbling about something. I think it had to do with Sadie changing her story for the millionth time. Pissed of Pat and that's when the chair throwing incident happened.

Mr and Mrs Krenwinkle had two daughters. One was a heroin addict and the other was Pat.

Why are they showing up at Pat's murder trial dressed like they are perfect parents? That is the most Freudian picture I've ever seen in my life. There was no emotion/love in Patricia's upbringing. Totally sterile. A picture is worth ten thousand words.

MrPoirot said...
Mr and Mrs Krenwinkle had two daughters. One was a heroin addict and the other was Pat.


there is a post here somewhere about Pat's sister.
it is a newspaper article about finding Pat's sister floating dead in a pond or something similar.

i guess drugs were involved,(surprise surprise) but yet it was ruled suspicious. dont quote me though.

and -welcome back Mr. Poirot

Just moved from Jersey to riverside California (not to be closer to the manson girls i assure you). California Institure for Women Corona is about 6 miles from here. I wonder if there is anyway to attened. Ill see if I can find out.