Really good article recommended by Sbuch.  The beginning is the same old same old but if you read on, there is a very interesting stories told by Box Canyon residents of coming home and finding they had been "creepy crawled". 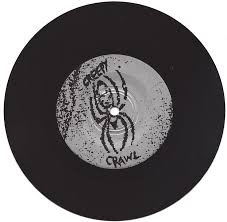 I've often wondered whether anyone, who's house got creepy crawled, came forward after the story came out.

According to the article, Candy Cooper is a horse trainer who lives close to the ranch. I think Semi Valley Sherry Cooper was hired to look after the horses? Could they be related?

john and michelle phillips were creepy-crawled and wrote about in their books as was country singer jack jones, but that came from the family

Not much happens around here so I have to tell this. Michelle Phillips was once married to the cousin of the guy who lives two doors down from me. I didn't know she was creepy-crawled.

I didn't know the Phillips were creepy-crawled! Anyone have the quote from their books?
I think creepy-crawling is so important. Rosemary La Bianca said that 'someone' had been coming in and re-arranging the furniture and putting the dogs outside.
How in the name of God could Bug call these killings random. You've got Tex living at Cielo Drive and Manson there on several occasions: if he didn't know Sharon, which he probably didn't, he knew Frykowski or Tex did.
And then Rosemary creepy-crawled! It's right there in HS! Yet Bug never mentions it again. Manson, after a lot of aimless driving, suddenly gave Linda very explicit directions. Therefore, he not only took them straight to the house, but also knew when to go. Otherwise, why driving aimlessly, why pretend he was going to kill a man in a car, in plain view, when the whole thing is he doesn't bloody his own hands? Why does Bug never deal with this?
The LaBiancas were targeted. They let Charlie in and they showed no fear of him, no struggle, they let him tie them up.
Is it possible that they thought THEY had a deal on with Charlie? a staged robbery? Like when a watchman lets a robber turn over a safe and then the robber ties him up and blacks his eyes so no-one will think he's in on it, later he gets his cut?
Did Leno do this? He was deep in debt. A robbery and insurance claim could have straightened things. But then it turns out that Charlie is really going to kill them both.
Scenario: The sharks Leno owes tell him to have a robbery staged, get the insurance and pay them off. But they want Leno dead. Or someone else wants him dead. Charlie is given the job. He knows Leno, maybe he arranges LSD buys for Rosemary.
Another thing, Rosemary is rumoured to have been selling LSD, perfectly possible. She left more than 2 million, Abigail Folger, the coffee heiress, left less than one fifth of that. Doesn't anyone think this colossal amount is suspicious? Why didn't she pay off Leno's debts? did he even know she had this money? If she was dealing acid, she'd have encountered the family. The creepy-crawls would be scouting jobs, casing their home.
There is nothing random here.
It would explain how Charlie confidently went in, got them tied up alone and knew that there was plenty of time for the killing. If I killed someone, I wouldn't hang around eating watermelon.Those killers were in no rush. It's significant.
and one more thing: if someone came into your house in the middle of the night, a girl who was scrawny and dirty with methamphetamine looks that had disgusted Beausoleil's friend from Love, would you wave at her and return to your book? If someone brought you at knifepoint into the living room and you find a strange man with a gun, what would you say?
Voyteck said: "WHO ARE YOU AND WHAT ARE YOU DOING HERE?" Notice, "who are you?" We would all say that.
But Sebring said:
'"WHAT ARE YOU DOING HERE?" No, who are you.
Where was the emphasis in that question? What if it was: What are YOU doing here? or What are you DOING here? Both of those indicate prior acquaintance with Tex and therefore point to Sebring being the one who had dealings with him.

I've always wondered what the people whose houses were creepy-crawled thought. Could you imagine waking up and your tv was turned around the wrong way or your pictures were upside down. I think I'd probably think I was going insane...but once it came out that it was the Family that did it, I'd just be glad I wasn't cut up.

"That had disgusted BBs friend..." LOL

The article isn't there anymore. Alas.

Today i had an epiphany that the creepy crawl is essential to the context of the murders. Im surprised there's only one tagged blog entry for such an important topic.
What's a good source for creepy crawl stories? Im gonna look for the article from this post in a second here. I don't think watkins mentions it in his book.was he in the desert with Crockett during the military phase?
BTW, Creepiest crawler: EARONSGSK. Imagine what stabby could have done with military training. I guess there's a big difference between the two, organized and disorganized.

I couldn't find the article.if someone could put up a link it would be appreciated. Noticed a manson mention on breaking bad today.season2 episode7? 8:30 left: Hank's partner makes the analogy of tuco to charlie