The "Official" Word on the Burning of Barker Ranch 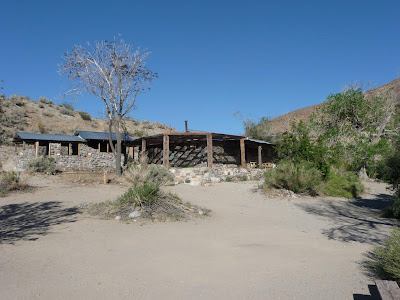 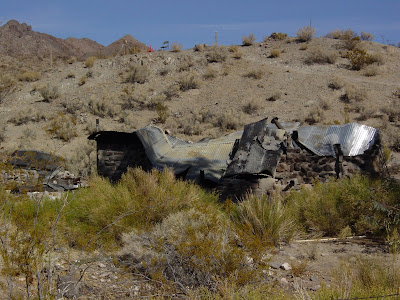 Barker Ranch was burned down somewhere between May 3 and May 5, 2009 according to the 14-page Bureau of Alcohol, Tobacco, Firearms and Explosives' report and all its appendices, which you can read it its entirety, here:

http://photos.eviliz.com/barker/report.pdf
Thank you to an anonymous friend of the blog for making this available for us all to read. It is a very interesting, detailed forensics document chock full of facts collected by officers from the ATFE's Las Vegas Field Office. As far as we know at Eviliz.com, the case classified as "incendiary" in nature is still under investigation. Happy Reading...

Sad... I have such fond memories of the place. For about 6 years, usually over Thanksgiving and Easter, once at Christmas, my son and I, our dog, and some of my son's friends would spend a few days there. By lantern light we would play UNO, Sorry and Trouble well into the night. The place had a way of making me feel young and alive again.

It snowed once, and burros used to visit.. ugh!

Now I seem to avoid the area and go up/over Mengle Pass instead.

Did you know - those Plexiglass windows were put in by George and Blue?? true!

Patty has heard that, Grump. She has also heard via Liz that "Cappy's son Elf" may also have been involved in the restoration.

BTW Patty is reading Death To Pigs right now and Robert Hendrickson says that Elf was Sandy's baby, not Cappy's. He actually witnessed Sandy breastfeeding a baby that war referred to as "The Elf." So now Patty is confused. Anyone? Anyone? Is the Elf Ivan, or were there two babies, or was Sandy just a wet nurse?

Elf was Sandy's baby. Just watched "Inside the Manson gang" last nite and there's a scene of Sandy breastfeeding him. Don't recall Cappy havin a kid back then. Sad about Barker burnin down. Always meant to go out there, but.......

Whomever is responsible for this arson is probably not new to arson in the California area. Arson is a symptom of several mental illnesses. Manson himself was an arsonist as a child and as an adult. His first and last brush with the law involved arson.

I'm moving to the Las Vegas area in September.

GrumpFromPahump....Is the Barker Ranch accessible by car?
I'd like to go up there but my only vehicle is a Toyota Yaris.

Grump could probably drive another schoolbus up there he's been so many times.

If you have a 4WD vehicle, an experienced driver, a coupla spare tires, a hand winch and plenty of water you will be ok. People do break down and have to get towed which is very expensive and a real PITA because of the very remote location. The Patties think that the road through Butte Valley is easier than going up the Goler Wash mainly because there are a couple of waterfalls that are starting to carve back into the rock. Not big ones, but not passable in a low clearance vehicle. Enjoy! Even though it is burned down it it still very cool.