The answers to your question from Susanna. Looks like she answered everything my members and I asked.
Hi Liz,Wow, that's a lot of questions!
How far along are you?
We're in pre-production, while simultaneously working on the soundtrack with The Doobies, so we've been approaching this in a very different manner than an average production. We were offered some great opportunities by record labels that really wanted to put out a soundtrack for us as soon as possible. Several of the actresses in the film are really amazing singers like Taryn Manning and Jen Landon. So they will be singing with Guy Allison and John McFee on the soundtrack. Meanwhile, we're building all of Spahn Ranch from scratch, so that's quite a big job for my art department. I wanted to give them the proper time to really depict the look of the Summer of Love correctly for the production, which also includes recreating sets for Haight-Ashbury and Venice Beach in 1969.
Is there an expected release date?
Summer of 2012.
Are you filming in Puerto Rico now?
We're in pre-production and will start shooting right after the 4th of July.
Have there been any changes in casting?
We added Priscilla Barnes to the cast, Bill Moseley's co-star from The Devil's Reject. I just love Priscilla and really wanted to work with her. Priscilla will beplaying Sadie's mom
Are you aware there are four other rumored Manson movie projects?
So I've heard. Imitation is the highest form of flattery. Lol! Although I don't believe any of these other rumored projects focus mainly on the perspective of the girls, like Manson Girls does. Many of them are still telling Charlie's story, yet again. In Manson Girls, you never once see Charlie in our film. Bill Moseley has an amazing challenge as an actor to depict a character by using only his voice and his energy.
Why do you think there is so much interest now,forty two years later?
I think this tragic part of American history is not likely to ever go away, 42 years later or 52 years later. The fact that there is an attempt by so many people to make films all at the same time, probably has more to do with the concept of "riding a wave".
Did you try contacting/interviewing any of the "original"Manson girls?
I started to search for Sandra Good, as we share the same birthday, so the bizarre and twisted side of myself got fixated on writing her part of the story first. Then I quickly realized that I wasn't interested in Sandra Good's subjective telling of the girls' story. I really wanted to tell this story with my vision as a filmmaker. Even in the research period, each event that happened back in the Summer of '69 had so many different versions, it was near impossible to decide who was telling the correct version. So I decided to pick a point of view as a writer/director, and stick with my version as a story "inspired by true events".
Did any of the actresses portraying the girls watch any footage of the real Manson girls to prepare for their roles?
Yes, pretty much all of them. Tania Raymonde picked up a couple of documentary's shot at Spahn Ranch by Jim Van Bebber, and I passed it on to several of the other girls. I believe Taryn Manning, Estella Warren, Brit Morgan and Monica Keena have all watched it. Of course, they have all gone on-line and researched the heck out of their characters from YouTube and anywhere they can find footage from back in 1969 and 1970.
Do you see all the Manson girls in the same light in terms of mental health? Do you think some were more unbalanced than others?
There was definitely a range from fairly balanced to down right insane. Certainly Susan "Sadie" Atkins wasn't in the best place mentally through most of her teen years straight through to her adult life. What I did find was the more educated they were, the less likely they were to be under the complete influence of Manson. In the case of Catherine Share, she was slightly older with a more intellectual upbringing, so she really started to question things more, especially leading up to the murders. Although, I do feel most of them came from a range of dysfunctional to abusive homes, which made it much easier for Manson to manipulate and seduce them into his corrupted world.
Will you be exploring any of the girls lives prior to meeting Manson? Or the continued lives of crime some of the girls chose to lead after the murders?
A big part of the film is the girls in their teenage years, before they meet Manson or each other. The story ends right before the Tate/LaBianca murders, so no, I do not explore their lives after the crimes. I really felt that the murders and the trials have been told one time too many as it stands. It really didn't hold much interest for me. I wanted to know about the girls and their early lives, how they came to Spahn Ranch, and what happened at Spahn Ranch that first made them a happy family, but ultimately ended with them all becoming violent criminals.
Any touching on Lynette Fromme's attempted assassination on President Ford?
None.
Are there any plans to interview the woman who were friends with Charles Manson in the late 60's early 70's? Women who have remained friends with him to this day?
No, like I mentioned earlier, I feel it's tough to get any objectivity from these women that would be helpful to the story I choose to tell. Although, I believe that some of the actresses have attempted to talk with the women they will be portraying in the film. 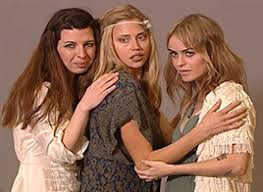 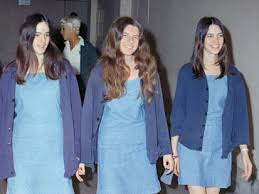 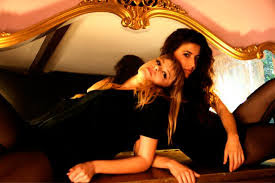 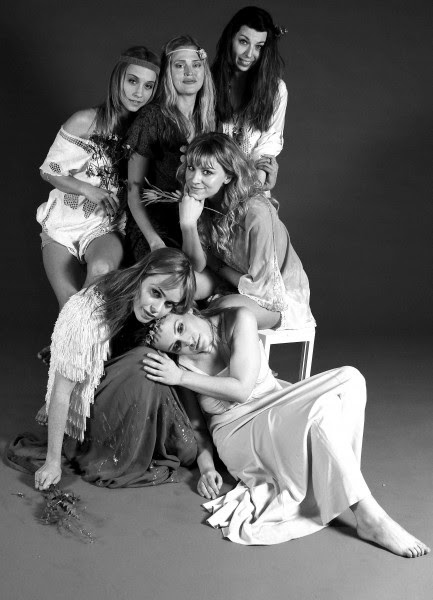 PICTURES BORROWED FROM THE FOLLOWING


THANKS SO MUCH SUSANNA!!

thanks Liz, good stuff as always.
the 900 pound elephant in the room obviously is what exactly is the "my vision" of Lo. What qualifies her to tell the story? Does she feel a kinship with the girls because she too was abused or rejected as a teen? Clearly her "vision" is not a historical or anthropological based one. There's been a bunch of comments on Susanna's sexuality. Is that going to be part of the "vision'?
Clearly there is allot of cynicism and even anger amongst followers of the case that Susanna is going to apply her vision to the story without much regard to the actual participants or seemingly the facts.
I still don't see the public having much interest in a film about the Manson case without Manson. And followers of the case don't seem inclined to support the film. So maybe it will become a Art House film shown at Gay and Lesbian festivals. I wonder how Charlie would feel about that.

I'm always interested in someone elses interpretation of what led to TLB. Everybody has their own take on it it seems. Some are fascinating and some are bogus but I like to check them out anyhow.

Yowza, either everyone is on vacation or Lo's movie generates even less interest than I thought.