14th and Q, Sacramento: Where Red and Blue grew (and stole?) their food 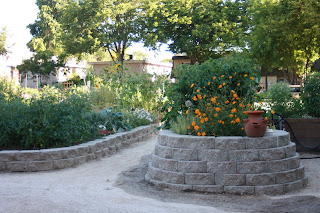 This is the Fremont Community Garden in downtown Sacramento. There are 52 plots and today there is a very long waiting list to get one. Formerly known as The Ron Mandela Community Garden, it started up in 1971 and is the place where, because they were vegetarians, Squeaky and Sandy grew most of their food. The place on P Street which they inhabited from June of 1973 until September 1975 is a quick three block walk to the northeast. There is also an SLA safehouse nearby where Patty Hearst is said to have stayed during this same time.

One of Panamint Patty’s favorite reads is Squeaky: The Life and Times of Lynette Alice Fromme by Jess Bravin. In that book, Bravin writes that by all accounts, Lynn was well liked by the other gardeners at Ron Mandela. She was helpful, motivated and easy to get along with. Sandra however, was described as more antisocial and as possibly pilfering her neighbor’s crops! 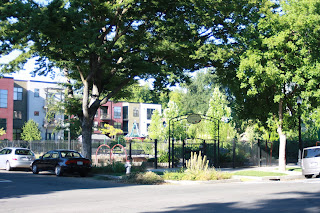 Didn't she fly in on a private plane right before meeting Charlie? Stealing veggies. That's a long way to fall.

beside some pic about ayear ago nothing new on SAndra or mary brunner key people......anything new