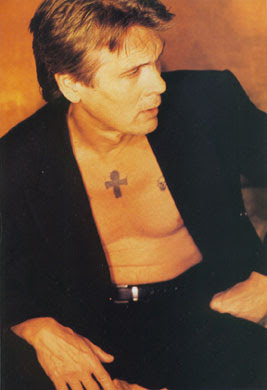 Patty streamed "Wild in the Streets" with Christopher Jones, Shelly Winters and Richard Pryor last night which got her to Googling. You may recall that Chris was a close friend of Sharon Tate's and is even rumored to have had an affair with her while she was pregnant. Devastated by her death, he dropped out of the limelight in the early 70's to become a painter. The biography available at http://www.cinetropic.com/jones/bio.html gives a lot more detail about the impact of the crimes on his life including the following statement:

"He'd moved into his manager's guest house on the property where the Tate killings had occurred in Benedict Canyon. Chris, still very upset over Sharon's death, watched unbelieving as the owner's guests were shown blood stained carpets and repeated grizzly stories over and over."

If you have never seen "Wild in the Streets," maybe you should. It's excellent background research for what the mood was in our country during the time The Family was active, when 52% of the US population was under age 25. There are some excellent shots of the Haight and the Strip if you watch closely. Be warned though, the lyrics to "14 or Fight" are bound to get stuck in your head for many days afterwards.