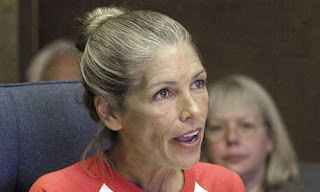 Leslie Van Houten and Robert Austin Mackie met when they were both students at Monrovia High School. According to Vincent Bugliosi, Leslie fell deep in love with Mackie and was profoundly upset when their relationship ended. At the age of 14, Leslie became pregnant and subsequently had an abortion. Mackie became involved with the Self Realization Fellowship and Leslie joined him - preparing herself to become a Zen Buddhist nun. We all know how that didn't quite work out for her. After leaving the Fellowship, Leslie embarked on her lost journey, finding acceptance and love with the other lost souls that would become her Family. During Leslie's retrials in the 1970's, Mackie testified to defend himself against accusation made by Van Houten that he introduced her to LSD and was to blame for her rampant drug use. He also, quite interestingly, remarked that he and Leslie had sex at least "100 to 150" times when they would see each other.  Intense, indeed. Mackie is happily married and is still involved with the teachings and practices of Buddhism. He is a respected painter and sculpture artist. 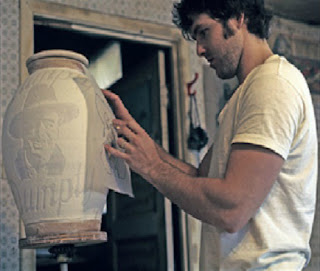 There is a book titled 'Snapping" that contains a chapter written by the authors who visited Van Houten in the late 1970's to discuss, what they believe, was Leslie's brainwashing while under Manson's control and her struggle to come free. It's quite a good chapter and is available on Amazon

This guy sure did dodge a bullett, didn't he?

I guess a spiritually grounded, artistically gifted guy who was capable of doing it 100-150 times wasn't what she was looking for.

What time is Tex's hearing? I'll be out of pocket a bunch today & tomorrow but will be checking the blog. As soon as somebody hears something, please post it in the comments.