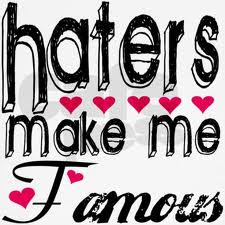 Why should I take anything down?
Because a grown man bully wants to intimidate me into taking my site down.
If a person who's picture is posted here contacts us and asks for it to be taken down, it is.
It has happened.

Those are not "his" pictures I posted. He was not in a one of them.
Do you think if I asked him to take my picture down he would, please?
They do not concern him in an personal matter. He does not know these people personally. So why is it his business?

Shawn is one of "those people"....
The ones who read Helter Skelter and believe every word of it.
He begins to show traits of empathy, protecting the Manson Family even though he has never met a one of them. But did send a letter to Leslie and get a reply
(I gotta dig that out for posting) One of- "Those people."

It's my blog (na na na nana) and some dick is not going to show up and demand I take it down becuase he does not like it WTF is he?

I recall very well another person who this blog internet world who couldnt wait to get any info on a certain woman named Lulu, who called her the most beautiful thing to ever set foot on earth , until a filmmaker named John Waters came into the picture and suddenly LVH was nothing and the defense of any old family members pictures came into play and a new side taken for the "new ATWA" people-any guesses who this is Liz-haha

Folks, there are many things that go on behind the scenes that do not come out on the blog. As Liz says, some pictures HAVE been removed. When this has happened two things were present:

1. Compelling reason from the Family member (other than "I want them down")

2. They were polite and respectful.

This has happened and the exchanges were cordial and mutually respectful.

As Liz says "Back to business"!

Liz, I demand that you only show family members on purple wallpaper backgrounds, with twinkly stars, on alternate Thursdays. :-)