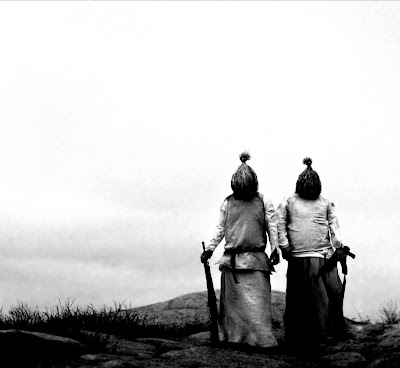 To me, it's more theatrical than musical. Not my type of music, anyway. I don't go so far as to say it's "bad." I just don't get it.

As was discussed in a previous thread. One of the things that makes the Manson case interesting is all of the semi-beautiful girls. I didn't listen to the death rocky music because it didn't promise any eye candy.

Sounds sorta like some of P.I.L. or Ministry's music. Nothing new, nothing special.

Hey Trout, you like Ministry? Patty has Filth Pig which also has a Charlie sample on it. "I never had a life...I don't even know what life is."

Lil bit too much for me...different. There are many Rock-Bands taking some inspirations from Manson, lot of times the Murders Yes..We do all know about Nine Inch Nales I guess, and also @Patty, Kasabian is better to my ears..although it could be a lil ,Rougher, .... Btw The Doors ofcourse were a lil mystery to me incase of the Manson conection. There must be one , the Offical mid90's Vid. of LA Woman is def. filled with a Manson part.
And if we do talk about Music now....just Great to listen to. Love Doors !!
http://www.youtube.com/watch?v=VRnfprjW-yQ&feature=related
At@ 4:14 Motel Money
Murder Madness, changed the Mood from Gladd to Sadness...
After this The Knife, and later in that part the LA Newspapers 1969.
Ray Manzarek was the producer of this Vid. So lets say 25 years later He is making that Vid and Thought of the Murders.

No Patty, after I got older, I discovered that there is better music out there.