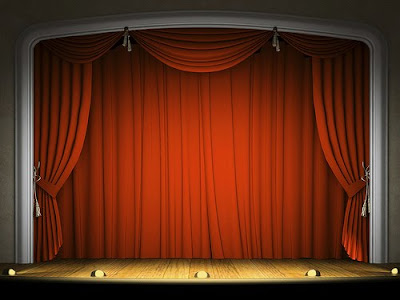 Some time ago, Robert Hendrickson engaged us all in a conversation about how his book "Death To Pigs" might someday be made into a stage production. Some of us thought he was nuts, some of us could see how it just might come to pass. Interesting that playwrights all over the country are picking up on this idea. We have all heard about "Assassins," the play by Stephen Sondheim which "uses the premise of a murderous carnival game to produce a revue-style portrayal of men and women who attempted (successfully or otherwise) to assassinate Presidents of the United States."

Two additional plays you may not know about are currently being produced: one in Dallas, and another in LA:

Mean.
http://blogs.dallasobserver.com/mixmaster/2012/01/a_musical_comedy_about_charles.php
"In the show, the three (Squeaky, Charlie and Tex) meet for the first time in a dive bar in Twentynine Palms, California. Joining them are a western singer and two messengers from God." Ummm.... it's a good thing that Patty doesn't care to see this one because it's a helluva long way from Ballarat.

This one sounds pretty good though:

A "meticulously researched narrative by Jill Charlotte Thomas, focuses on a friendship between Charles Manson and coffee heiress, and Manson Family murder victim, Abigail Folger. Official accounts of the incident deny any such relationship, which suggests a calculated cover-up in order to shield Abigail’s reputation after her death."

Patty has always thought that there was a lot more to the story there...

Conspiracy theorist can always say that the absence of proof, supports a cover-up hypothesis. One day, they're going to be right and we coincidence theorists are going to feel silly.

I am starting to re-think how I feel about coincidences as well. Over at Thelma and Louise, there is a post back in December I think that is an interview with Stephen King about his new book on JFK's assassination (I'm reading it now...it's good)...and King points out, with factual examples, how coincidences occur all the time.

Starship, have you heard the story about the "seafood dinner" in SF just outside of Golden Gate Park in 1967 or 1968? Supposedly both of them were there. Curious as to your opinion on it.

No, Patty...never have heard of it. Please can you share a link or some other source so I may see what the story is for myself?

Where in Ballaratt do you live Patty. I keep seeing this, that you live in Ballaratt and I have been out there many times. The only one I ever see is Rocky. His dad passed some time ago and as far as I know Rocky is the only occupant of Ballaratt. Are you just posturing to have a bigger spot in this whole scenario? I don't think other than Rocky's house, that htere are many places for you to be living on Ballaratt. I'm coming that way soon, I'll look for you.....

Bradley, I have never heard Patty say she lives in Ballaratt.

Starship - Patty will look for the link.

Bradley - Patty's spiritual home is Ballarat but her physical addy is a little ways away...

Here it is...prolly another silly rumor but...what do you think?