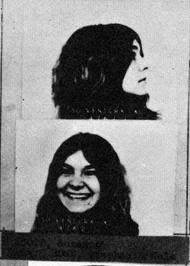 Stephanie's mugshot is to the left. Does anyone know the date of the mugshot?

What The Grump knows about her - she was one of the "Witches of Mendocino" arrested with Sadie.

She was mentioned a few times in Little Paul's book, once about driving with her to the desert.

In an interview with Paul in "Death to Pigs", he said she was (is) Jewish.

In the books "The Family", and Adam G.s "Shadows over Santa Susana", she (Stephanie) is identified as the Jane Doe initially identified by Ruby Pearl as "Sherry".

It seems she was with The Family for quite a while. Just wondering if anyone has any more info on her, and what do you think about her being one of the Jane Doe's?

Eviliz surfed the web looking for anything on Stephanie Rowe/Suzanne Scott.

Jane Doe #44-Police believed the body of Jane Doe #44 belonged to former "Manson Family" member Susan Scott a.k.a. Stephanie Rowe. Because they lacked identification and other evidence, no charges were ever filed, even though authorities suspected Charlie and his gang of her murder.

Below from a previous Rowe post/ discussion here. Click on the link to read the full story.
http://www.eviliz.com/2011/08/jane-doe-59-case-file-358ufca.html 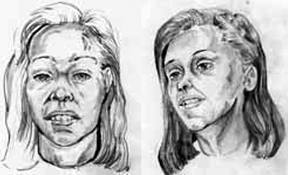 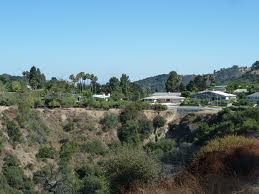 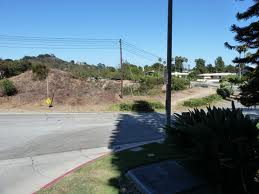 Mulholland Drive and Skyline Drive where the body was found.

One thing that has stayed with me in recent years when looking at cases like OJ's and the Green River Killer and others is how ridiculously incompetent law enforcement can be. Often it appears like they just play by the numbers.
It does seem as if Jane Doe's murder got nothing more than a cursory investigation. Am I wrong in that?
The one lead seems to have been Ruby Pearl's assertion that the victim did look familiar.
So why not, even now, with all the emphisis on cold case solutions, can't the L.A. police take a hard look at this case.
Why not start backwards. We all know Charlie and Tex are never going to walk free. But it does seem as if Bruce, Pat and Leslie still have an outside chance. Bobby too.
My question is why not take the photo of Jane Doe to Leslie and Pat and ask, do you know this girl? Wouldn't Leslie or Pat be motivated to help given their awareness that the idiot Clem has been walking free the last 25 years after helping with the Shorty case.
And you could go at Bruce too, given how close he came to parole before the Terminator nixed it. But Bruce would be different since if the Family were involved in Jane Doe's demise he would be a top suspect.
But again, my question is has anyone in law enforcement ever pushed on a photo ID with Family members like Ella Jo or Hoyt or some of the more repentant ones. If Jane Doe was associated with the Family how is it possible that forty years later there is still debate over her identification. That seems unreasonable, does it not? Somebody would have to remember her, even a Didi Lansbury or such. Maybe they were afraid to talk or ID Jane Doe in the early days due to fear of retribution, but it defies reason that nobody would be willing to today, assuming that Jane really was associated with the Family at some point.
You'd think that some young cop or assistant D.A. or such, wanting to make a name for himself, would take a good look at this case. Was there DNA gathered and preserved from the victim or the crime scene? If so, has it even been looked at for comparison to Burce or Brenda or other family members. How hard would that be?
She was a person, Jane Doe. I hate to see any person discarded like she seems to have been.

wait, did they even take photos of the corpse of Jane Doe or was there just the sketching?

Here's a prime example of what frustrates me in reading about this case. I read something one place and something else, possibly related, somewhere else. Finally by the time I read something that might tie them together in a third place, I've forgotten where I read the first two things.
Somewhere I read that after some time, an unidentified body had been positively identified as "Sherry" I thought the article said "Sherry Cooper". Later on when Sherry Cooper turned up in a video with Danny DeCarlo I knew it couldn't be her. So, now I wonder whether the Sherry that I read about was Stephanie Rowe the Jane Doe initially identified by Ruby Pearl as "Sherry".

Does anybody know the whereabouts Madaline Joan Cottage aka Lil Patty nowadays ? There is nothing to be found on her. She did leave the Family straight after the Zero ,Russian Roulette,incident. For a while I thought she could be the Jane Doe , To silence her from what maybe realy happened. The body was found 1,5 week after that.... But somehow I got ridd of that thoughts a while ago, dont know why

Owh now I know why I left that thoughts...I dont think Jane Doe is anny of the ones who are arrested in the Raid& Reported,Mugshots and so on. The Body was found about a month later as the Barker Raid. You should assk yourself then; Didnt any Cop or Investigator reconise this Girl then ?? I mean they were all booked in and questioned

according to cats rowe is alive and well but does not want to talk about her manson days. supposedly her real name is susan scott.

i wish i knew more about cottage, but never heard anything about her after her parents put her in a mental institution after zero's 'suicide.' she is one of the invisible Family members.

beauders said...
i wish i knew more about cottage, but never heard anything about her after her parents put her in a mental institution after zero's 'suicide.' she is one of the invisible Family members.

I never heard about her being put in a mental institute. Do tell us more.

Eviliz said...
I never heard about her being put in a mental institute. Do tell us more.

It says that in "The Family" somewhere. I'll try to find it. It also said she was found by police living in Missouri with Bill Vance.

In the updated "Family", chapter 26, 1972: "The legendary Little Patty, who had been in the sack with Christopher Zero when the gun went off, had also been living with Vance, but he told authorities she had been institutionalized by her parents in Pittsburgh."

Here's a link to photo of Jane Doe #59. It's not for the squeamish so be forwarned. You'll need to scroll to the bottom of the page.