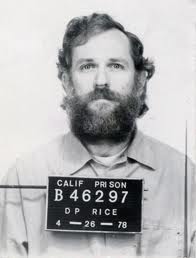 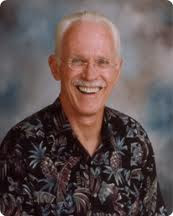 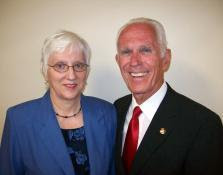 Orwhut asked-
Has anyone heard how Dennis is doing in his battle with Cancer?

Dennis Rice's inactive site "Free Indeed Ministries" focused on Dennis' travels over the world preaching his Manson 2 Jesus teachings to convert prisoners to the straight and narrow through Christianity.

Eviliz was contacted last year from one of Dennis' flock who provided me this link.

The link is to a church in Arizona where Dennis is active now. His "Free Indeed Ministry" was also out of AZ. Maybe his health is deteriorating since he gave up his traveling. The two photos above show his age progression over two years. According to his quote below he should of passed by now. Looks pretty good for liver cancer. There is a woman named Kathy at the church who might be his daughter.


"Rice asked if anyone had a parole date or knew they had only a short time left. He told them he was on his way out too, if his doctors were right. In May,(2010) Rice said he was diagnosed with liver cancer and his doctor gave him six to nine months, at most, a year to live."

In that second photo of Dennis he looks eerily similar to my father-in-law.

I found the pic with the green arrow on another site, here is the caption:

Members of the Manson "family" congregate at the Los Angeles Hall of Justice on Feb. 24, 1970, for the arraignment of Patricia Krenwinkel, a defendant in the Sharon Tate murder case. From left are Lynette "Squeaky" Fromme, Sandra Good, Mark Ross, Paul Watkins and Catherine "Gypsy" Share holding Good's son Ivan.

That mug shot of Mr. Rice is one of the few photos of him that really shows what he looked like. I think he is also in the b/w photo in the recent post about Clem (Clem's wearing a funny hat)---Dennis is the guy toward the lower left of the photo, facing the camera. I think.

Uh-oh. The black/white group photo of Clem in the coonskin cap (that I referenced in my above post) has disappeared from the post showing Clem merrily doing a shot. As Charlie would say: "POOF!"