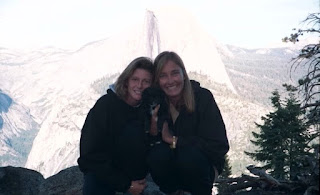 **Thank you, Alisa, for your express permission to use this great photo of you and Patti.**

The enduring fascination of the Sharon Tate murder
By Mike Ayers, Special to CNN

Statman said she received a letter from that producer, Bill Nelson. Nelson said he was working on a film about the Manson murders and the Tate family, that he had the blessing of Sharon Tate's mother, Doris Tate, and asked if Statman would be interested in helping. "Being in the business and being 21 years old, I was like 'Heck yes, I'd love to do this.' "

From there, Statman said her life was radically altered.

I don't know. It's strange how all of this always fails to add up one way or another.