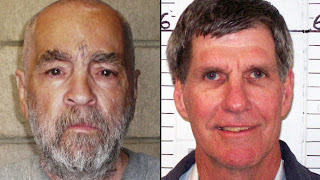 
Imprisoned killer and former Manson follower Charles "Tex" Watson has not yet found a judge to agree with him. But his ongoing pursuit of legal channels has convinced Los Angeles Police to postpone a mission to get hold of long unheard audio tapes Watson does not want released.
The recordings were made by Watson's then-lawyer after Watson's arrest in connection with the horrific TatLaBianca murders that rocked Los Angeles in August 1969. Police believe the recordings contain information about additional, as yet unsolved murders committed by the infamous murder cult of Charles Manson.

Watson denied this in a legal filing opposing LAPD gaining possession of the tapes. Watson did not object to LAPD detectives being allowed to listen to the tapes in the presence of some kind of court monitor, but LAPD maintains that is not adequate for a proper investigation.

The tapes had been held for decades by Watson's former attorney Bill Boyd.

Following Boyd's death three years ago in Texas, the tapes passed to the custody of a bankruptcy trustee. After LAPD became aware of the situation, it contacted the Eastern Texas Bankruptcy Court, and last month obtained a court order for the tapes.

The order took effect Thursday amid a flurry of legal motions.

A motion signed by Watson himself to stop the transfer was denied Wednesday by Bankruptcy Judge Brenda T. Rhoades. Attorney Kelly Puls filed another motion that same day, and amended it Thursday. It too has been denied.

LAPD had been planning to send two detectives to pick up the tapes, but with word that Watson will appeal to another federal court, the department has decided to hold off, according to LAPD Commander Andrew Smith.

The department is now hoping to obtain the tapes sometime next week.

Ha ha Tex! I hope we will finally get to know what is on those damn tapes!

I was reading "Manson's Right-Hand Man Speaks Out!" today on Watson's website. Here is a quote from him
"It's not easy for me to talk about or to read about the actual murders as portrayed in my book Will You Die For Me? The facts of my book were taken from tape recordings I did with my attorney only four months after the crime. These recordings were very accurate descriptions of the crime, play-by-play."

I'm not expecting any new murders to be discussed on the tapes but I am expecting new information about the murders we already know about.