Dominion of Melchizedek / The Republic of New Lemuria 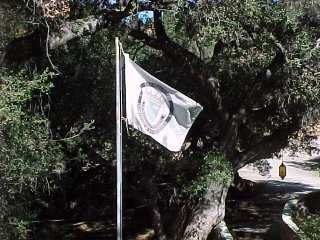 Staying on topic with Krishna Venta and The Fountain of the World, Patty did a little research on the guy that lives at 585 Box Canyon Road today. His name is Richard James McDonald, formerly titled "Ambassador at Large Plenipotentiary, Minister Of DoM Permanent Court Of Arbitration, Governor of the Dominion of Melchizedek Bar Association and Minister Of Police." He also uses the titles "PhD" and "Esquire" presumably because the Dominion of Melchizedek claims international sovereignty and can set up any kind of rules they want. Imagined territories of the DoM are West Antarctica and several small islands or submerged reefs in the Pacific: Malpelo, Taongi, Solkope, Clipperton and Karitane. The DoM is also a quasi-religious organization, and has its own bible. 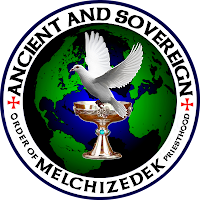 An article in the Washington Post reported that DoM was "diplomatically recognized" by the Central African Republic in 1993, but stated, "...you get the feeling that the Central African Republic would recognize the State of Denial if it had a letterhead." An article in the Quatloos online anti-fraud site noted that "Melchizedek has apparently obtained some sort of recognition from some smaller states ... all of which are notable for their corruption." Over 300 investors in various parts of the world have lost money in purported investment, fantasy passport and employment scams run by several "banks" licensed by the DoM. Apologists have suggested that there is no link between Melchizedek and the illegal activities conducted by "banks" it has "licensed." 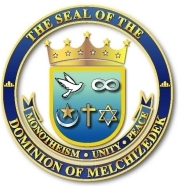 In November of 1990, McDonald lost an appeal in a case against the US government as follows: "Richard J. McDonald appeals from the judgment of conviction entered by the district court on three counts of willfully failing to file federal tax returns in violation of 26 U.S.C. s 7203. McDonald seeks reversal on the grounds that (1) the district court lacked jurisdiction; (2) the indictment failed to adequately allege a criminal offense; (3) he is not a "person" subject to federal tax laws; and (4) Congress did not have the power to enact federal tax statutes because the Fourteenth Amendment was never properly ratified." Needless to say, he lost. 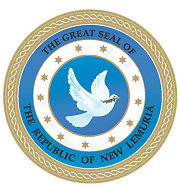 In April 2000, CBS's 60 Minutes II aired a report critical of the DoM. After CBS aired the program, DoM demanded a retraction of statements made during the program. As a result of the bad press, DoM filed a lawsuit (in their own judicial system), seeking damages for libel against CBS in the amount of $1 billion. DoM subsequently entered a default judgement against CBS, claiming that the company failed to respond to the lawsuit. Because of the lack of jurisdiction of the lawsuit, CBS has refused to acknowledge the judgement. 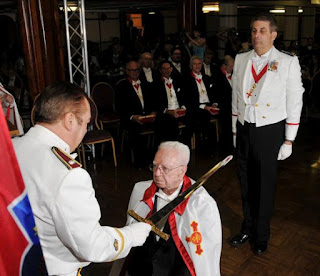 Most recently, McDonald has attempted to avoid the stigma of being associated with the DOM by renaming it "The Republic of New Lemuria." He also claims to have been "knighted" twice: first by "The Sovereign and Imperial Order of Constantine the Great and Saint Helen" and again by "Price Michael Romanov of Russia." In the real world, he was a law enforcement officer before becoming involved in securities fraud, tax evasion and teaching people how to get out of paying speeding fines.

What a freaking nut! Just goes to show that the residents of Box Canyon are as weird now as they ever were. If you care to make an appointment with Sir McDonald to discuss becoming a citizen of his imaginary country, he can be reached via the website at http://www.melchizedek.com/legations/na1.htm

Labels: Fountain of the World

Sorry of topic I know but seems dam good topic of discussion with you fine folks. Here gos Charlie's in his late seventies now can't have whole lots time left so many of the original family still around. From what I've read on these very pages many to loyal to there evil master forty yrs later. There grandparents now if they still believe he was right whatever trip he was on there.children were probably brought up to believe he was right n passed on believe system to there kids do we have second n third generation family in the making here. Something to think.about

This is the central scrutinizer... you have just destroyed one model xqj-37 nuclear powered pan- sexual roto-plooker and you're gonna have to pay for it! so give up, you haven't got a chance.

Interesting you sahould say. Patty has an edition of The Netflix Companion that addresses said hero worship of Charlie and his kind.

And yes, William, you ARE off topic. LOL

Damned Droid typoes. "Should," not "sahould."

Just seems an interesting Topic. Patty you and a few others are the only people who reply why do's it feel like you just stepped into a private club in here. Honestly feel like the time in Richmond VA. To see the dead are long hair and the dyes didn't go over well local dinner waitress said see your concert and make a fast exit.
If I said something to piss people off it was not my intention.
Idk we all share same interest on here. PEACE OUT.

I'd like to know how to get out of paying speeding fines. Does the ambassador publish a pamphlet or something?

Bill, we definitely are not a private club. All are welcome. Please stick around and learn/contribute...

Thank You Matt much appreciated I took Andy's advice and started at the beganing of Col. Scotts official T,L blog to lotsa catching up to do though 05 wow. Enjoying it but have to say his verbal attack on Patty Tate was disturbing N upsetting or as he refers to her Orca he's a tough one. Thanx again though you and Patty have been most kind.