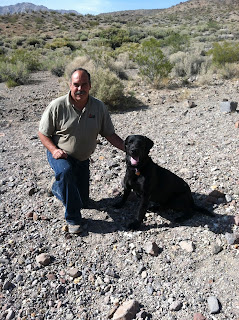 Who tipped them off that Sgt Dostie & the History Channel film crew would be up there that day? And why would the Park Service run interference like that if they felt there was nothing to cover up? Obviously he isn't going to dig without a permit, so why the over-the-top effort to prevent Buster from 'finding' for the film crew?

Did the cameramen film them preventing Dostie & co. from doing what they went up there for this week? I'd LOVE to see that on TV. That might ratchet up the pressure!

If we have an attorney in the Sac area who would like to help, email me and I'll be happy to put you in touch with Paul.

Wow the Feds don't want to cooperate with a former law enforcement officer trying to solve a murder?? Couyon, what are they trying to hide, doesnt make sense. Ya think they would take any oppurtunity to slam Manson again.

OMG, I am so disgusted with the way things work in our society. What are they trying to cover up. I say FUCK-IT, lets go there in the middle of the night and do a 13 foot dig on an area Sgt. Dostie is most sure of. Then what if we do find Murdered victims, I would assume I would be arrested. Which is a shame, So I will play dumb and say the hole was there when I got there. I think Sgt. Dostie wants someone to just go out there and do it, he cant say that exactly, but he did just tell me the road was fixed, and thats all that was stoping me. ;)

Just dig the damned hole, people! Maybe we should all write to the superintendant and copy CNN?

It's a pity the Park Service didn't pay as much attention to Barker Ranch a while back. They might have been around to put out the fire.

If this is a new law about Pets then they need to put it out there for the public to know the law. Im sure Sgt. Dostie checked to make sure it really was a law, but on the website http://www.nps.gov/deva/parkmgmt/rules-and-regulations.htm#pets under the pets these are the rules but it doesnt say the animals need to be within 25ft of the road. It says:
• A maximum limit of 4 pets are allowed per campsite.
• Pets are not allowed in wilderness areas and on any trail unless otherwise indicated.
• Pets are not allowed in public buildings, except for service animals.
• Pets must be restrained on a leash which shall not exceed six feet in length, or otherwise physically confined at all times.
• Pets must not be left unattended and tied to an object. Pets left unattended in a vehicle, especially in heat conditions, is prohibited by state and federal law.
• Pets must not be allowed to make noise that is unreasonable or that frightens wildlife.
• Pets running-at-large may be impounded, and the owner may be charged reasonable fees for kennel or boarding costs.
• Pet feces in campgrounds, campsites, residential areas, lawns, walkways, access roads, and around public buildings must be disposed in a trash bin by the person responsible for the pet.

Hey whut, word on the street is that it may have been park employees who accidentally burned the ranch down with their camp stove. We have the ATFE report somewheres on the blog: check it out!

Also, I'm interested that someone has re-graded the road. It was a real bitch and a half to get up the waterfall last time. I will have to post hilarious pics of Liz covering her eyes while Mr. Patty negotiated his way up. Maybe for her birthday...evil laugh

I just got back from the Smokie Mountains which is also a national park. Their pet policy is about the same, pets weren't allowed on some trails and not at all in some areas. I have no idea why this is, but there is definitely something going on up there where you are.

Panamint Patty,
It's mighty peculiar that for a long time, people seemed to come and go as they pleased around the place and now the park service gets all bent out of shape over a bisexual sniffer dog.
I'd love to see the pix of Liz.

Panamint Patty said...
Hey whut, word on the street is that it may have been park employees who accidentally burned the ranch down with their camp stove. We have the ATFE report somewheres on the blog: check it out!

I will have to post hilarious pics of Liz covering her eyes while Mr. Patty negotiated his way up. Maybe for her birthday...evil laugh

No you don't have to.

It gave me bad flash backs of when my daughter was learning to drive. lol

Ps: before we tag Buster with the bisexual label, maybe we need to ask him if he identifies as such. We must be sensitive to the voices of our queer canine comrades. Maybe he's transsexual? Paul? Anyone?

Or, we could get counseling for Apollo who had his manhood compromised right there infront of witnesses . Think of the victim.

orwhut said...
Or, we could get counseling for Apollo who had his manhood compromised right there infront of witnesses . Think of the victim.