I was unaware that Paul Van Houten had passed... 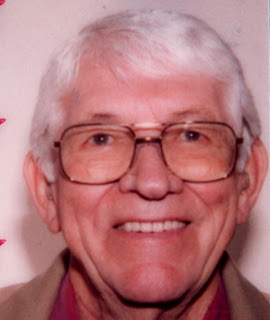 Paul Matthews Van Houten
Old soul and free spirit departed this earth to where his path led him. He will be missed by his wife and devoted friend, Kay; his children, Paul, Leslie, Elizabeth and David; grandchildren, Ben, Molly, Mika, Dana, Coco, Paul; two great-grandchildren, Isa and Soro and friends too numerous to mention. Van began his life's journey in Dumont, Iowa on November 11, 1918. In 1936, he joined the Army Horse Cavalary as a private. He remained in the Army until his enlistment was up in 1942. He joined up again in 1942, transferred to the Artillery. He served on the Italian Front during WWII. He was discharged as a Major in 1947. Since his profession of 40 years as a used car auctioneer only required two days work a week, he had many hobbies: training Labrador Retrievers for field trials, owned and bet race horses. The last year of his life were spent on a spiritual quest. His 33 years in AA was where he began, volunteering for hospice and reading gave him the peace he needed for the end of his journey. He was a wonderful husband, fabulous cook, avid reader and raconteur extraordinaire. He will be missed by his family and many friends. A celebration of his life is planned for a later date. Arrangements by U OF A ANATOMICAL PROGRAM.

He sure led an interesting life. Being an old vet I would have loved to hear his stories of being in the US Army's horse cavalry. Too bad his daughter chose the path she chose. RIP ol' vet.

He reminds me of Col. Potter from M.A.S.H.

I agree Doc. The obit says he was a "raconteur extraordinaire". I bet he was full of great stories.

Does the part about the anatomical program mean that med students are going to practice on him?

I bet Brenda's dad could tell a story or two.

He spent 33 years in AA.
I assume Leslie's situation turned him into an alcoholic?
That was bad to say huh? lol

I wonder if Monkeyboy Jim is filling out a condolence card right now?

he was an alcoholic before leslie was born, she has said she never saw him take a drink.

Huh. Did no one else notice that there was no mention of how he was a good father?! I find that interesting.

Thanks for the link, Liz.
http://bodydonation.med.arizona.edu/

Huh. Did no one else notice that there was no mention of how he was a good father?! I find that interesting.

That's one of the first things I noticed too, ReesesPeace. SMH.

I would say that any father who gets sober, and stays sober is a better father than those who don't even acknowledge they have a problem.

Just because parents have a child who gets in trouble, no matter what the crime, does not a bad parent make. Society judges so harshly on situations they know nothing about. Many people make ignorant comments as if they were a part of a family unit, sitting at a dinner table where parents are encouraging their children, to be liars, thieves, and murderers. Do parents like that really exist? Seriously! There is a lack of compassion, as if they will/could never be in a similar situation. There is no such thing as a perfect parent. I'm sure Paul replayed in his mind and heart everything he could have done different. Ultimately, it was Leslie who made the choices she did, not Paul who probably suffered a guilt of his own. We don't know. We weren't there, but we can have compassion. Or not.

When writing my father's obituary I didn't write how much he was loved and how much he would be missed. It was not intentional, and I only noticed I failed to write those words months after he had passed. Grieving families have a lot to do, and when they're grieving all a person can do is get through one day at a time.

Thrash, you have said everything so perfectly!
I don't believe this man should be judged or criticized for his daughter's choices. I cannot imagine having a child take this path. It must have been terribly heart wrenching for both parents to have had to endure what their daughter chose to do.

PAUL WAS A LONG TIME FRIEND. I WORKED WITH HIM AT THE LOS ANGELES DEALERS AUTO AUCTION FOR MANY YEARS. HE WAS A FRIEND AND A MENTOR. I ALWAYS ENJOYED HIS WAR STORIES
WHEN HE WAS IN ITALY. HE WAS SOBER MANY YEARS BEFORE LESLIE'S PROBLEMS. HE WAS A FINE AUCTIONEER. I VISITED HIM A FEW YEARS AGO IN TUCSON, AZ. WE HAD A WONDERFUL TIME WITH HIM AND HIS WIFE, OVER LUNCH, AND SHARED OLD TIMES. I LOVED PAUL, AND VALUED HIS FRIENDSHIP. HE WAS A CIRCUIT SPEAKER AND WOULD DRAW PEOPLE FROM HUNDREDS OF MILES. I LOVED PAUL, AND WILL VALUE HIM UNTIL MY DAYS END.

I am a bit confused. Mr VanHouten told me that he was divorced, and that before moving into Temple City, he lived in Alta Dena. He was a very nice gentleman who said that drugs, and Manson made his daughter do those horrible things, and that he did not ever want anyhing to do with her again.I know that he passed away several years ago, because his tinylittle yellow house with bars all around it was torn down, and there is a brand new house in that spot on Golden West.

Oops! Did Leslie have a brother named Paul? I was speakng about her father, who lived on Golden West in Temple City. Anyway, her father told me he was divorced, and lived in Alta Dena, before movinginto Temple City.

Paul was a good man and a loving father. Bless his memory. Leslie good luck. It's time for you to go home.

Lol unknown,are you for real ???
Leslie is where she belongs & hope she stays there 😈