The Pluses and Minuses of the Suspects in Warren/Dulaney 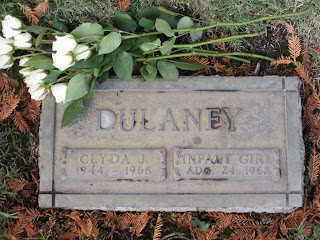 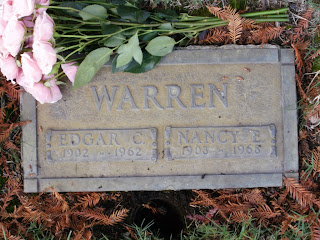 The triple murder of Nancy Warren, Clyda Dulaney and her unborn child has captivated my interest ever since I learned of it. I research unsolved murders mainly from the late'60's into the '70's. I have done research for authors, news reporters and a documentary maker since I retired a few years ago. I don't do the research to make a living at it, that's for sure, but do it to help finance the non-paying research that I do. My focus is awareness, some of these old unsolved cases can't be solved unless people are aware the murders have never come to a resolution. Somebody, somewhere, knows something about each one of the unsolved cases but if they think that a case has already been solved or that it's been so long that nobody cares they are not going to come forward. Today's forensics make it possible to take a fresh look at the evidence. Many older cases have been solved across the nation, I have hopes that these cases, too, will be solved.

There are two main known suspects in this case, Donald Dulaney and the Manson Family. These murders could have been committed by someone else entirely, of course, but we can only consider these two at the moment.

Don Dulaney as a suspect is not unreasonable. There are pros and cons with him, the main con, I believe, would be that he was a cop. Would a cop kill his wife and child plus her grandmother just to get out from under any responsibility to them? Seems like an awfully big chance for him to take. Why kill Clyda's grandmother, too, if what he wanted was to rid of Clyda?

I've never been able to locate a marriage record for Dulaney and Clyda and don't think they were really married. She did use his last name but she was pregnant and living in small town Ukiah with family in the community. It may have been less of a stigma to say they were married. If they weren't married the most Dulaney would have been on the hook for is child support if he were to break the relationship off.  I have been able to locate other marriage related records for Dulaney, his divorce from his first wife and his Nevada marriage to a woman about three years after Clyda died. I could find no marriage for Clyda and Dulaney though.

Johnny felt that Dulaney may have wanted to get rid of his mother because she had three young boys that he didn't want to support. In 1972 Dulaney married a woman who was 19 years his junior with three young daughters so I don't think that the children were an issue and told him so. He did not know about that.  I asked Johnny if he remembered living with Dulaney and he said no he does not believe they ever did.  He only remembers living at the grandmother's trailer after his parents divorced. That to me is also a clue that they may not have been married.

On the other hand, Dulaney's alibi for that night and subsequent later actions absolutely suck! But wouldn't a cop come up with a better alibi than the one he gave or have planned the murder for a time when he was not expected to be in Sacramento where dozens of other cops were suppose to be and where he would not be required to sign in so as to be able to give himself a little more wiggle room in the timeline?

Dulaney delayed speaking with detectives after the murders and lawyered-up almost immediately. He also took his time signing his statement to law enforcement once it was typed up. There was no mention of marks or scratches on Dulaney in the newspaper reports. It was reported, however, that Nancy Warren put up the fiercest struggle of the two women and that she had "physical evidence" under her fingernails.

Some members of the Manson Family were in the right place at the right time to have committed these murders. Later actions have demonstrated that that they were not above killing a pregnant woman. It would be in keeping with the Family not to kill the children. Two male Does and one female Doe were named in the civil suit filed by the Warren family, an odd combination at a time when not many females were thought to be aggressors in concert with males in crimes involving murder. The Manson Family sure changed that line of thinking. The civil suit was filed just before a one year statutory deadline to file such cases, before there was a hint of any Manson Family involvement in the Tate LaBianca murders.

Mendocino County Sheriff  Bartolomie made an immediate connection to the possibility of the Family involvement as reported in the December 4, 1969 Ukiah Daily Journal once he learned of their activities in Southern California. He asked for samples of leather thongs be forwarded to him in the event any were found to be in the possession of Family members. As reported in a October 14, 1969 Press Democrat article the leather thongs used to kill the women were both exactly 36 1/2 inches long with a particular oil on them. That length of thong was unusual, the article states, and not an off the rack size for a bootlace. I seem to recall that the Family was friends with a leather maker in the San Jose area, Victor Wild, who I believe made Manson's leathers. Could the thongs have come from him?

I know that police reports are far better than newspaper articles when trying to figure out the who, what when, where and why of a murder case but it looks like articles are all we have to work with right now.  What are some of your thoughts about who committed these murders?

I just don't see a motive where Don Dulaney is concerned.

The whole enchilada lies in whether or not the evidence gathered from under Nancy Warren's fingernails was preserved & still exists. If it does then Johnny must insist that a DNA profile be made from it. Then it's just a matter of trying to match it to possible suspects.

The thongs are also interesting but I wonder if it's too late to match those that Victor Wild sold. Is he still alive?

Agreed. At Eviliz we're dying to know if that evidence is still there. I'll be just as pleased if it turns out that it wasn't the Family. As long as this thing gets solved.

Great appreciation for the help, information, and contribution

Deb made the trip all the way to this cemetery yesterday because she felt the markers would look better with fresh flowers rather than just using the ones from findagrave.com. That was a thoughtful touch.

For a victim to know or be involved with the murderer is the most common of circumstance. Bitches of Mendicino notwithstanding.

Well IMO during the time of these murders, Tex had not turned into Stabby Tex yet ... he wasn't really with the family yet. I have always thought that drugs (Meth) is what turned Tex into Stabby. Watson was still in the love scene at that point. So I rule him out. The girls have shown they could be violent but I think they had to be led to be violent ... If Tex had not been the aggressor on the Tate/Labianca nights, I dont see the girls doing what they did. So in my mind, that leaves Manson ... if he wanted something, he mooched it or stole it ... what could he possibly want from these women to cause him to kill them? I dont know but except for the leather thong being a symbol of Manson ... I just dont see the connection or motive to the Family.

I do think that's odd, too, and have no answer for that. Clyda's birthdate was Aug. 24, 1944 so that is probably where Aug. 24 came from but why it was put on such a permament thing as a grave marker is beyond me. Maybe it was a mistake made by whoever made the marker, although someone would have to give the maker the date to begin with in order for him to know it.

Great job Deb. Very well written and all in all very well done. Thanks.

The thongs are also interesting but I wonder if it's too late to match those that Victor Wild sold. Is he still alive?

Manson was arrested in his leathers. I wonder if those are still in police custody and if the oil used to treat those could be matched to the oil in the thongs.

Great job Deb thanks for coming on board.

Great post, & it was so kind of you to take those flowers there! I have always thought the choice of these thongs was the thing that was really distinctive - who has 36" leather thongs just laying around? Too long for laces, etc. Had to be custom-made. Wild is alive & has done quite well for himself, & achieved some reknown. He splits his time between two cities. I think he, & known associates (including Manson & Davis) deserve a look not only in this case but the Jane Doe 59 & Gaul/Sharp cases (excluding Manson, of course, in the latter two.).

Deb, They do still have Manson's thongs, we photographed them earlier this year.

excuse my dumbness, but doesn't the whole Manson connection revolve around the similarity in the knots used on the strangling thongs and the knots used on Leno and Rosemary? Did I read that wrong or are they not somewhat unique knots?
Were these murders ever profiled on Unsolved Mysteries or that John Walsh show?
The big thing at this point would be to hear from the detective who is running the current investigation as to whether DNA testing is even a possibility.
Does this wonderful Deb S person have a ongoing dialogue with him?

leary7 I do not have an ongoing dialogue with the detective but I am working on it. For the most part the family of a victim are the only ones who are privy to details and even that is limited to what LE is willing to say.

When I first started researching these murders there was a different detective in charge of the cold cases and the Warren Dulaney was on his list but he had yet to reopen the case. That detective is no longer with MCSO so I need to start over with the relationship building.

As it stands now Johnny has the best chance of learning if DNA testing is feasible. I hope everyone understands that there is a fine line between what LE considers helpful and what they consider being a pest. I do not want to cross that line to the pest catagory. Like anyone in a profession they do not always welcome helpful suggestions or ideas from a nonprofessional, you need to earn their respect and prove your reliability.

Bless your heart, Debris. Thankyou for putting flowers on the graves. So sweet of you to do that. It's been a long time since I've visited my mom and grandmother. I'm ashamed of that but Florida is quite a ways. I'm still trying to reach that detective. I won't stop til we talk. I know it's up to me to make anything happen and I'm not stopping until something gets done.
Again, thanks for the flowers and pictures.

Sorry Debs. I don't know why I called you Debris. Du! Just wanted to clear that up. Thanks again. Lol.

Just found this site... so interesting!

Random comment here regarding Victor Wild: a few years ago I bought some handmade leather belts from a guy in San Francisco. I decided to ask him if he ever ran into Victor Wild, and he said yes, he'd met him. He said he was still around, and that he was missing several fingers on his hands! Odd.