Escape From Cielo Drive (A Tale of Three Charlies) 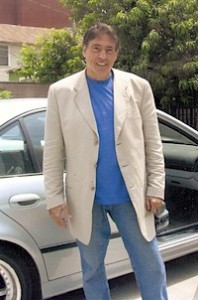 Paul Morantz is a Los Angeles-based lawyer who has specialized in cult and brainwashing cases for over 30 years, specializing (perhaps the only attorney to do so) in litigating against cults and self-help groups raising the issue of brainwashing. He also specialized in suing psychotherapists and religious leaders for dual relationship violations and undue influence and was a co-founder of priniciple that psychotherapists are absolutely liable to patients they have sex with. In addition to practicing law, he is an author of numerous screenplays, books and magazine articles. 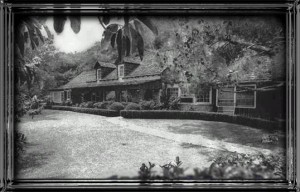 I am slightly older than Charles Denton Watson (born on August 16, l945 to his December 2, 1945) but I felt a lot wiser when we first met in June of l968 while we were both looking for a job at the same location. For me it was just a summer job before starting law school. Watson on the other hand after graduated high school from a small town in Texas and briefly attendig some college was trying his first time away from home and the controls of his middle class family.

When I found him in Hollywood he was a babe in the woods, saying, “yes sir, yes ma’m,” wearing suits with Texas thin ties in the middle of the summer heat. He was shy and courteous.

I had graduated USC and looking for something to do saw an ad in Los Angeles Times that said young men could make $50 an hour talking to women. So I arrived at the designated time on the designated morning where a lot of young men combing their hair stood in line hoping for this “dream” job. All there was to it was that we were supposed to go out in public and hand out cards to girls that said they could come to Contessa Creations on Melrose and La Cienega and get a free wiglet. In the 60’s it was part of the mod look for women to be able to change hair styles and wigs and other hairpieces were fashionable. We were supposed to put our initials on the card so if the girl came in and bought anything we got $5. Certainly each of us should be able to average handing out ten an hour with enough charm to commence them to come in.

I've come to expect mistakes and inaccuracies in just about ANYTHING written about this subject, but a few of the ones in this story are just too much! Here's a few of my faves:

1) Dennis Wilson Picking up Susie Atkins a.k.a. Sexie Katie
2) The Beatles song Revelation 9
3) Susan Atkins carving WAR on Leo LaBianca
4) Bill Vance and Larry Bailey being said by dozens of witnesses to have helped kill Shorty
5)The 12 murders the family are known to have committed

There were mmany other such nuggets of knowledge contained in this "story" as well. And we wonder why 40+ years later the facts of this case are so distorted!

Or Joanna Pettit leaving an hour and a half before the murders. She was there for lunch, not dinner. It was very poorly written, especially for a lawyer.

lurch said...
I've come to expect mistakes and inaccuracies in just about ANYTHING written about this subject, but a few of the ones in this story are just too much! Here's a few of my faves: