The murders committed by the Manson Family rocked the entertainment world and the gossip magazines were there to tell all. These two stories published in Modern Movies April 1970 touch briefly on two back stories of people on the periphery of Sharon Tate's social circle. We know quite a bit about Terry Melcher but less about his mother, Doris Day, and her reaction to her son's connection to Charles Manson. Also, Barbara Parkins, Sharon's co-star in the Valley Of the Dolls, was doubly affected by Sharon's murder.  She lost her friend Sharon and also a close friend of both women, Steve Brandt. 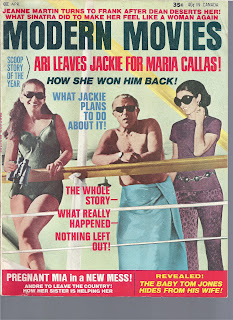 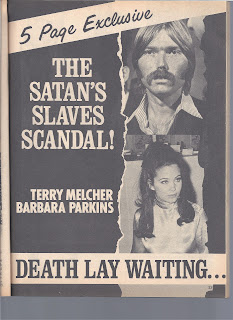 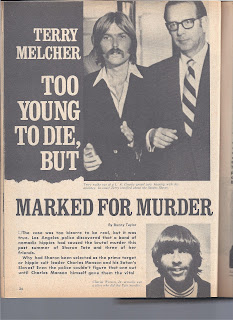 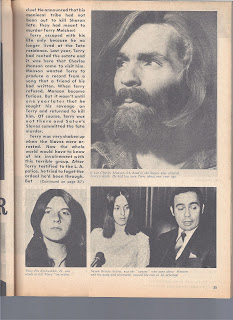 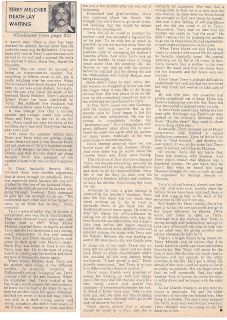 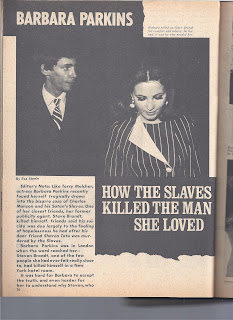 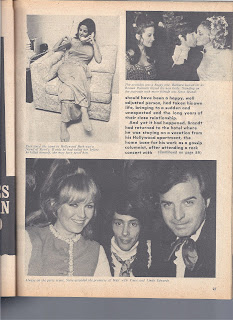 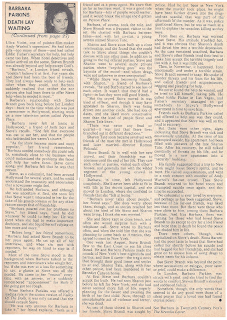 Typical of a celeb watch magazine. Big on sensationalism, sketchy on facts. They totally blew it on The Family & Satans Slaves, didn't they?

some of those headlines are a trip lol

Great find, worth it just for the time-warp into 60s/early 70s fashion, publishing, and celebrity culture.