Patty loves to go photograph Family related places, as you all well know. Deb likes researching those places and tracking down people who were there. The two of us had an amazing time together tracking down a place where The Witches of Mendocino once lived.

There are two places that we know of for sure: the one we did not visit is located in the little coastal town of Caspar, which is about 40 miles northwest of Ukiah: 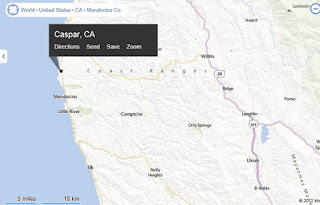 The building in which The Witches lived in late 1967 or early 1968 was located at 45310 Pacific Drive. It has variously been a ranch, a Zen monastery, a satellite college campus, hippie commune and alternative healing center.  Today, the compound called "Caspar Gardens" houses a psychotherapist, a daycare center and a massage studio: 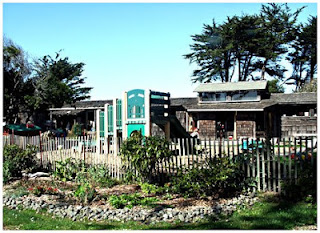 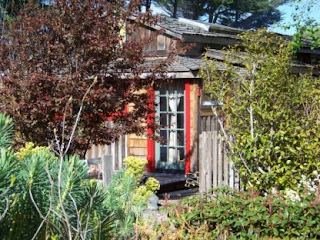 ﻿
It is right on the edge of the continent between highway one and the crashing surf. Patty is always amazed at the beauty of the places in which The Family turned up. These places were out of the way, and most of them are as wild and undeveloped today as they were over 40 years ago: 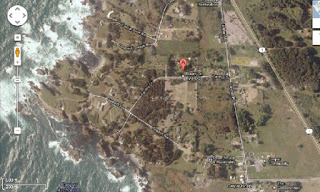 As Patty mentioned, this is not the house in which the girls lived when arrested in the summer of 1968 for charges involving prostitution and drug posession. That place was inland between the towns of Philo and Navarro in the beautiful Anderson Valley. And guess what? Deb found it! We got closeups! Wanna see? Well, you are just going to have to wait for a little bit. We're mean like that.

It was a dark and stormy day! Patty and I had fun looking for the Witches house. Just as we found it, it started raining but your intrepid photographer Patty braved the elements and got some great shots of the area!

You ladies didn't have a little white beagle along, did you? Snoopy begins his mysteries with, It was a dark and stormy...

Merry Xmas and Happy holidays to all my friends at Eviliz !! Hope everyone has a happy and safe holiday season